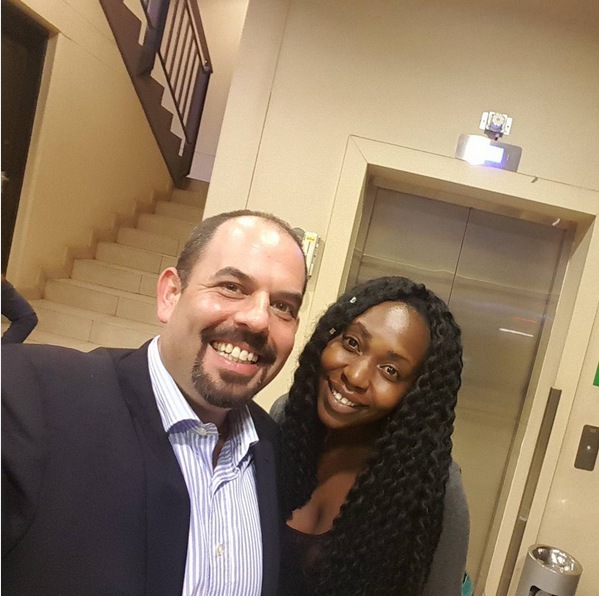 From his first hit song ‘Unajua’ released last year, the Gilad has not only won over the Kenyan audience with his great command of ‘Swahili’ (considering he’s a native of Israel), but he’s also proved that he’s here to stay with hit-record after hit-record.

On the other hand Dela, who recently shocked the World with her beautiful Swahili rendition of Adele’s hit song ‘Hello’, is not new to the Kenyan music.

And while you were busy planning on how to surprise your bae over Valentine’s the two hooked up and discussed the possibility of a collaboration.

“I proposed (a song) & @delathedelz said YES! Watch this space friends there is a beautiful collab cookinG @mg_musicproducer #MusicForTheSoul,” wrote Gilad in a social media post.

This will be a collaboration to look forward to, reminiscent of Gilad’s first hit song with Wendy Kimani and will surely be a hit. Can’t wait!