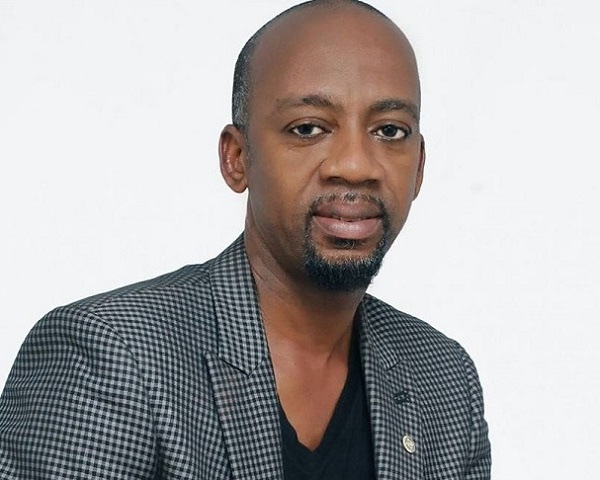 Rex Owusu Marfo has two faces; one as Rex Omar the Ghanaian highlife artist known 25 years ago and Rex Owusu, Ghana Music Rights Organisation (GHMRO) head. Yet, both faces represent a man whose happiness is music, all he cares about is seeing fellow artists happy. Here is his story:

In 1989, he made his debut in the music industry and quickly came to stardom with the album titled ‘Aware Pa’, which also had the song titled ‘Wodofo Ne Hwan’.  After this, in 1992, he joined forces with fellow highlife musicians Nat Brew and Akosua Agyapong to establish the Highlife Supergroup Nakorex. The name of the group is an acronym made up of the initial letters of each member's name. After that, he embarked on a career as a solo artist. He got a KORA award nomination in 2004 and the Ghana Music Awards in 2005.

After the dissolution of the band, he channelled his energies to Ghana Music Rights Organization (GHAMRO).  Many couldn’t understand why he paused his music career while he was at the peak of it all. He told MyNewsGh.com that all he wanted was to improve GHAMRO at the time because the pain of failing to get royalties was too big for him. He wanted other artists to enjoy the fruits of their work.

Rex was one of the fierce campaigners campaigning for reforms of the entire copyright laws. He fought to modify the outdated laws that were in place at the time and was a pioneer member who founded GHAMRO. During an appearance on the Kastle Entertainment Show recently, Rex disclosed that his contribution to the royalties system and copyright laws gave him sleepless nights. He couldn’t discern what was the best direction to take; continue with music or push for reforms but he chose the latter and has no regrets about it looking back. He flew back home from the US and teamed up with Charles Amoah, Carlos Sakyi, and others and founded GHAMRO.