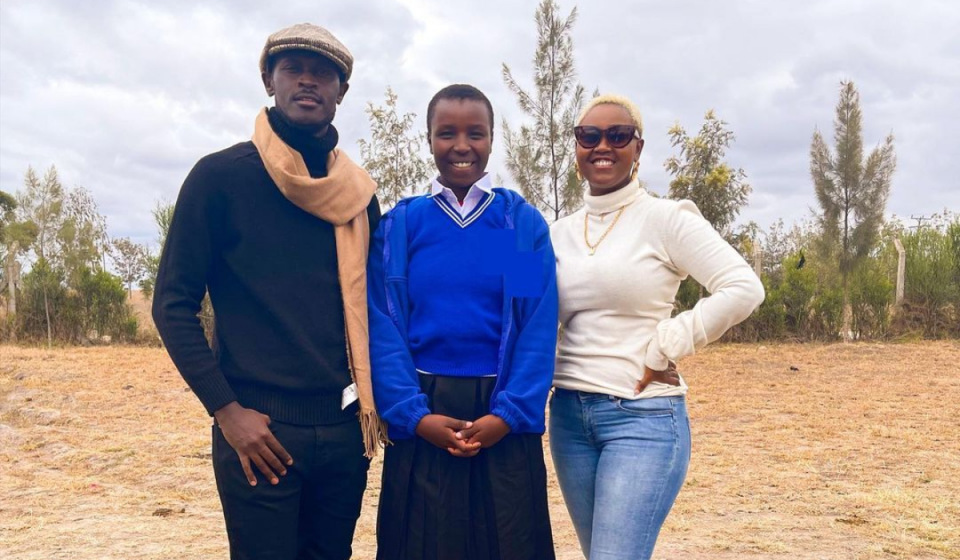 Fast-rising Kenyan rapper Kanambo Dede has gone back to school several months after her breakthrough in the music industry. With the help of veteran musician King Kaka, Kanambo who had dropped out of school due to financial constraints and early pregnancy actualized her dream of resuming education.

Kanambo during a previous interview revealed that she has always wished to go back to school and lay a good foundation for her dream. She added that she felt like she had done a few mistakes in the past and she needed another chance to rectify them. The rapper went further to advise young girls to focus on their education citing that freedom comes at a cost.

"Since I moved out of Kayole, I felt I needed to go back to school and lay a foundation for my dreams since I feel I messed up in the past," Kanambo stated.

The rapper earned popularity on the internet after a video showing her doing a freestyle rap went viral on the internet. The video caught the attention of Kaka Empire who took her in and helped her record her debut songs 'One Day' and 'Walahi' which have received immense support.

King Kaka has also announced that a new song will be released on Friday. It remains unclear if the new song will feature Kanambo Dede.