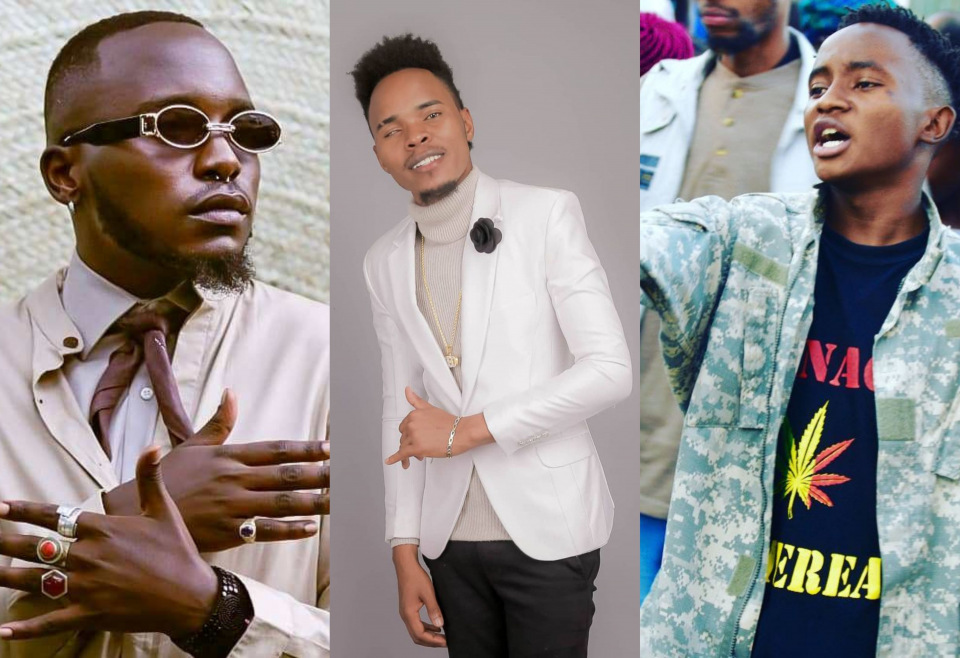 As the month of May rolls to an end, Kenyan artists made it count with new top hits. From gospel to gengetone, the new songs dominated the airwaves and got fans jamming to them. Here are the top new hits released in Kenya this week;

Niacheni Na Yesu - Stephen Kasolo
Renowned gospel musician Stephen Kasolo blessed his fans with a new single dubbed 'Niacheni Na Yesu'. The song preaches the comfort and happiness that comes with Christianity. Stephen Kasolo through the song testifies of how he overcame difficulties before getting saved, and why he loves his new lifestyle in Christ.

Dakika Tano - Rekles
Gengetone star and also a member of Ethic Entertainment Rekles has released a new song titled 'Dakika Tano'. In the new release, Rekles praises his prowess in the music industry. He spits punchlines effortlessly throughout the song proving that indeed he is a master at what he does. The song which was produced by Mavo On Beat has been received warmly by fans.

Freedom - Chimano
Member of Sauti Sol Band Chimano is flying high with his new song dubbed 'Freedom'. 'Freedom' is the second song from Chimano's EP dubbed 'Heavy Is The Crown'. The EP houses seven songs including; 'Friday Feeling', 'Loser', 'Hallelujah', 'Beautiful Day', 'Stereo', 'Mad Love' and 'Freedom'. From the cover of the song to the video and content of the audio, one can tell that a lot of creativity was invested in Chimano's new single.

Ex - Swat Matire Ft Shekinah Karen
Gengetone sensation Swat Matire in collaboration with Shekinah Karen has released 'Ex'. The song is a conversation between ex-lovers who have met years after their breakup. The two tear each other apart through well-written punchlines. The song addresses various themes including domestic violence.

East Mpaka London Album - Buruklyn Boyz
Kenyan boy band Buruklyn Boyz has released its debut album dubbed 'East Mpaka London'. The album has 16 tracks which have gotten a warm reception among the fans online. Four of the 16 songs are collaborations. Some of the artists who have been featured in the album include; Maya Amollo, Silverstone Bars, Big Yasa, and Youngloui58.