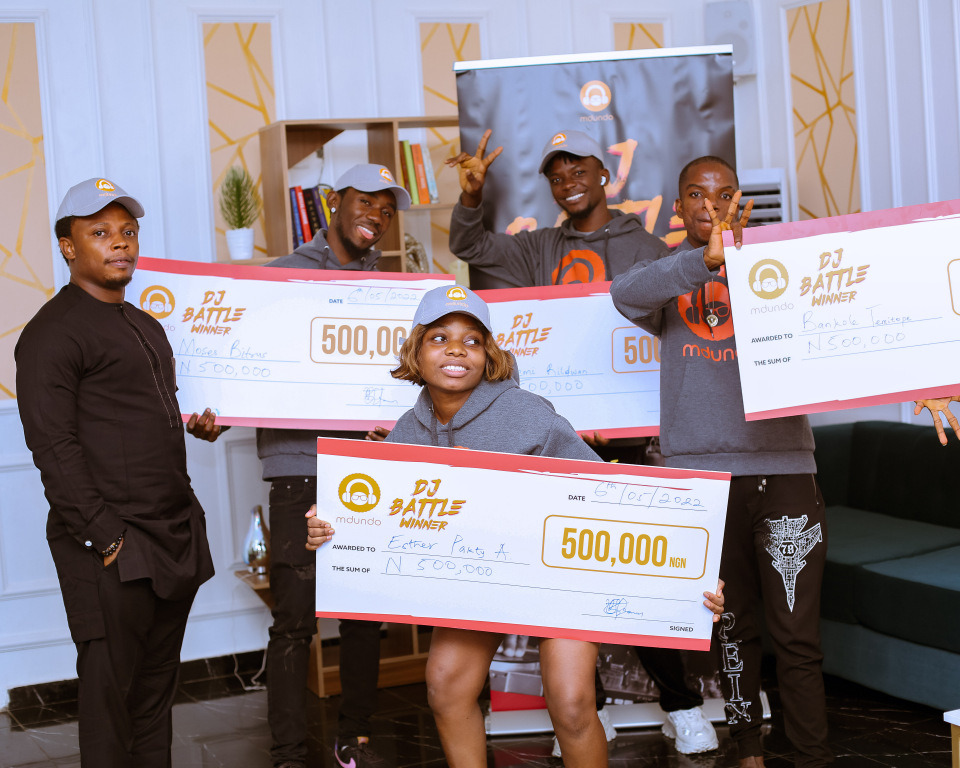 Four DJs have emerged as winners of this year’s Mdundo DJ Battle. The four DJs:  DJ Mafdee, DJ Tea, DJ Pakty and DJ Dio became this season’s winners after coming out tops from week 1, week 2, week 3 and week 4 of the competition respectively.

The winning mixtapes were selected as the best from thousands of entries following a thorough process of screening by the professional panel of Mdundo DJ Battle judges. They were presented with their cheques of N500,000 each at the presentation ceremony in Lagos on Friday, the 6th of May 2022. Aside from the prize money, the winners will also be getting nationwide radio airplay and ambassadorial opportunities. 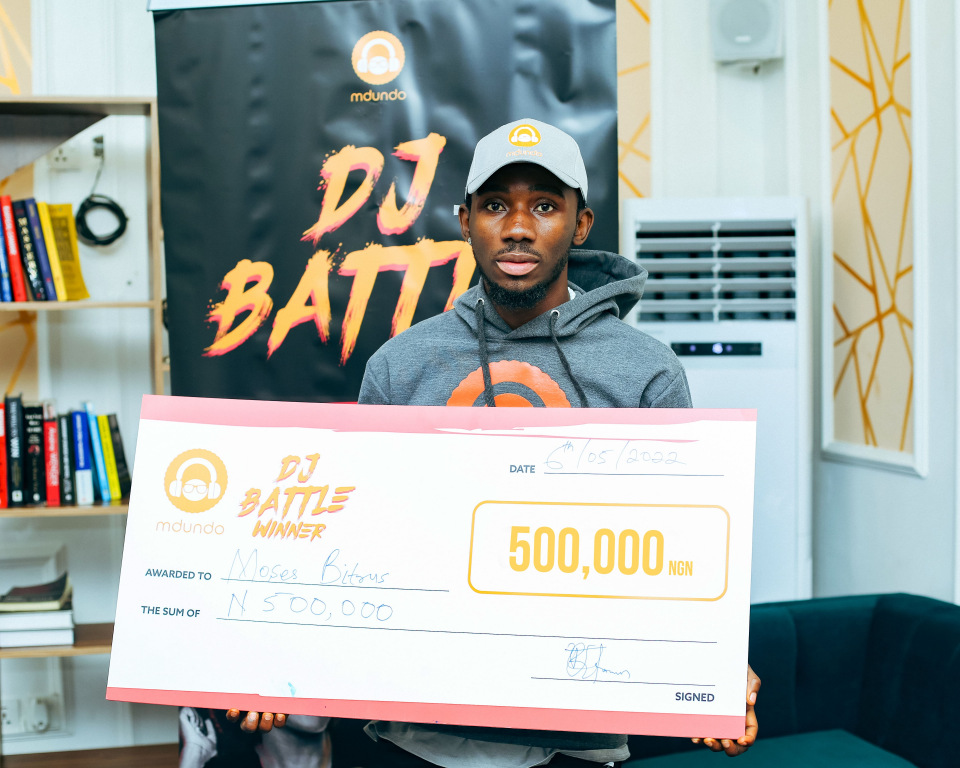 Week 1 winner DJ Mafdee is a 24-year-old disc jockey from Plateau state. He started djing with his cell phone and with the help of the internet, googling and watching clips online, he was able to find useful resources to improve his skill. He looks up to DJ Kaywise and DJ Consequence as his role models. The talented DJ says; I was shocked and at the same time excited when I was announced the first winner of the Mdundo DJ Battle Season 2. He plans to use the prize money to upgrade his DJ set and also promote himself. 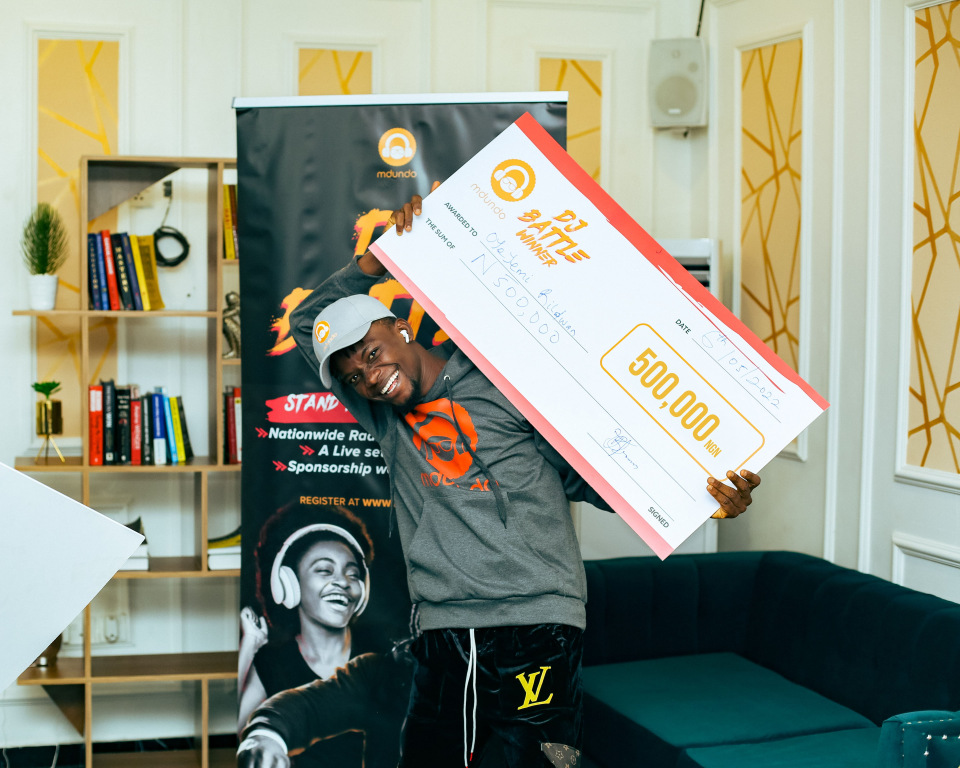 Week 2 winner, 24-year-old DJ Tea from Ondo state started djing in their one-room apartment during his secondary school years. He says he wasn’t expecting to be amongst the winners and was short of words when he received a call from a Mdundo representative informing him that he was the winner for week 2. He looks up to DJ Kaywise as his role model and intends to upgrade his DJ set and take care of personal needs with the prize money. 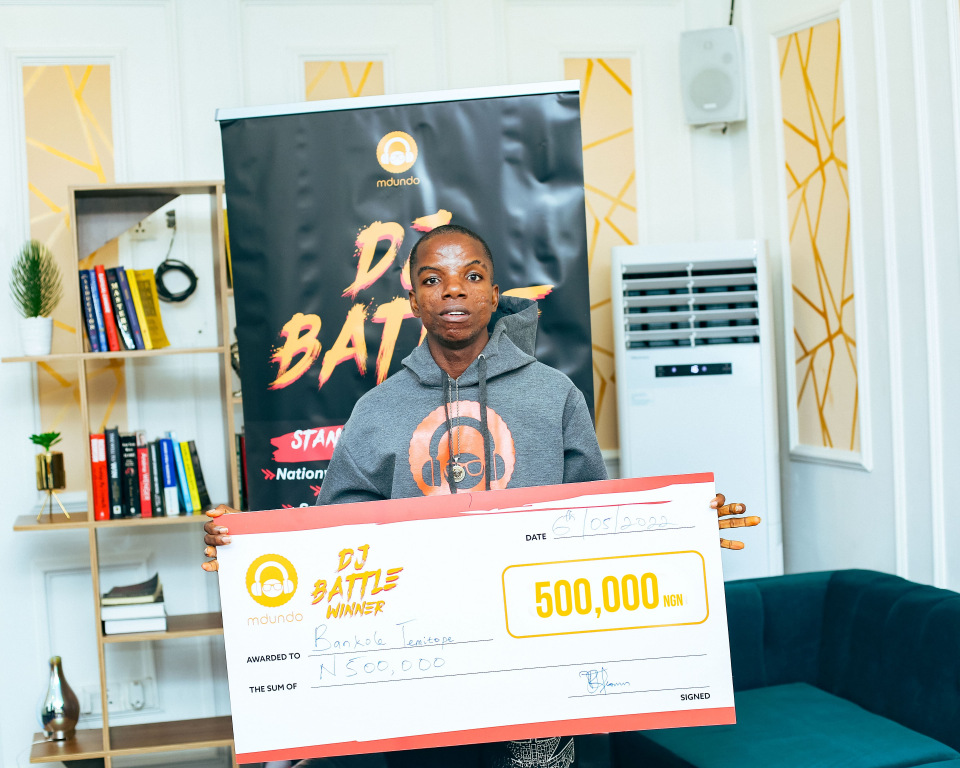 Week 3 winner, 28-year-old DJ Dio from Kwara state entered the competition with his eyes on the prize. He didn’t give up and in the third week his resilience paid off. Growing up in the ghetto streets of Ajegunle Lagos state, DJ Dio was faced with numerous challenges of which finances were the primary. He says he loves to learn, and in the bid to get more knowledge and enhance his craft he enrolled in the Vibes DJ Academy. And now after graduating, he can now pride himself as a professional disc jockey. He needs more DJ equipment and that’s where he says he will invest his prize money in. 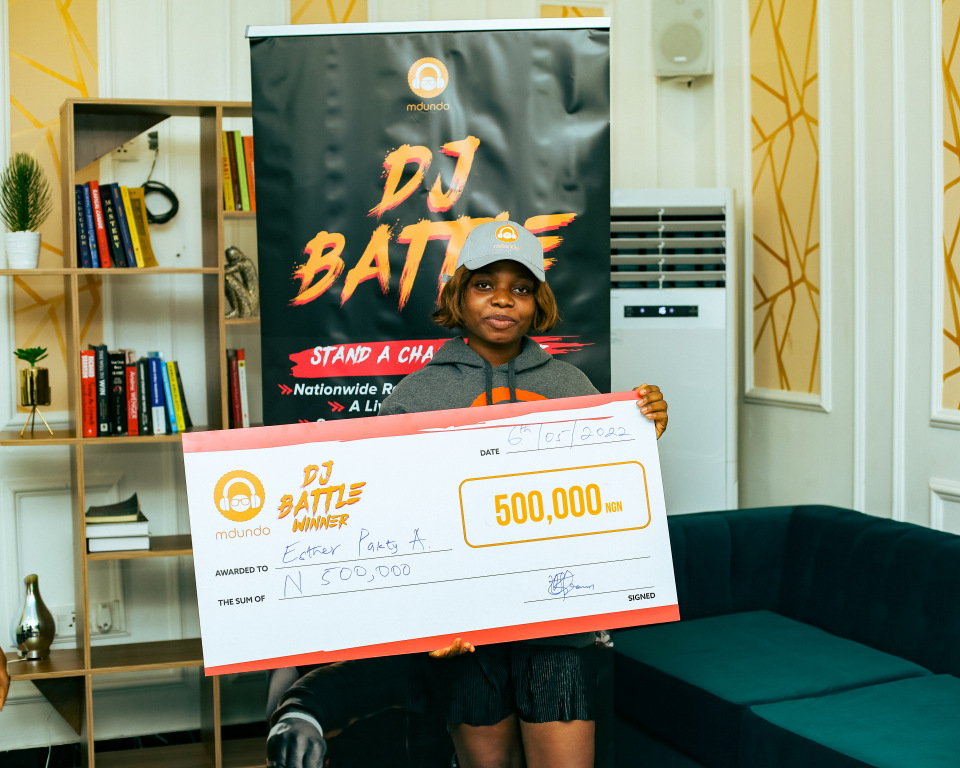 Week 4 winner Esther Pakty Aniefok known by the stage name DJ Pakty started DJing for three years at a local DJ studio before going to the Vibes DJ Academy to sharpen her craft. She recounts her journey so far as not so beautiful. Female DJs in the industry face a whole lot of challenges. I am fully aware of the extra challenges this career poses, they cannot deter me. These challenges create the parlance for me to continue to improve, be the best, turn my passion into action, and eventually become my own DJ boss.

This year’s DJ Battle follows a successful season 1 which saw DJ Twise emerge as the winner.

The Mdundo DJ Battle is a competition where Nigerian DJs get the opportunity to showcase their talent and also get rewarded handsomely for it. The second season lasted from the 4th to the 31st of April 2022.

The Season 2 winners were met earlier this week, where they were presented with their winning checks. The Senior Marketing Manager - Uwem Brown said; “The DJ Battle has been extremely well received with hundreds of entries across the country, we would like to thank all the DJs that have participated in the competition and especially the winners Mafdee, Trio, Dio and Pakty for their amazing effort in this competition”.

With 17 million monthly active users across Africa, Mdundo continues to champion the cause of providing access to millions of African songs. Mdundo’s partnership with MTN Nigeria (@mtnonline)  offers music lovers new DJ mixes in several genres every day for just N50 weekly. To get access to new DJ mixes every day, users should visit mdundo.com.