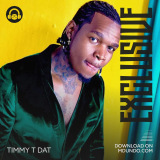 Samuel Mwangi, popularly known as Dj Lyta, is a Kenyan disk jockey. He ranks among the most respectable figures in the Kenyan entertainment industry. He has been active in the industry for approximately a decade now. Within the above-stated period, the spin doctor amassed millions of fans and followers within and beyond Kenya.

Mwangi attended his primary education at Bishop Mahianini Academy before he joined Gituru Secondary School. After completing his secondary education successfully, he joined Zetech college where he pursued a diploma in Information Technology.

The celebrated DJ developed an interest in music after playing with Virtual DJ software. His interest saw him take a short course in audio production to advance his knowledge of music. Thereafter, Lyta started producing short mixes in compact discs (CDs) which were sold in the streets of Nairobi. His career at the time was met with a lot of challenges with the major ones being a move by music societies to crack on piracy. The DJ was also at one point on the spot after he differed strongly with some of the musicians who had demanded that DJs pay before using an artist's song.

The growth of music streaming platforms such as YouTube popularized Lyta's mixes and widened his fan base. He took advantage of the internet and transitioned from selling his work in compact discs to sharing them online. This enabled him to not only counter some of the challenges he was experiencing before but also monetize his content. He has consequently gained thousands of followers on various platforms where he shares his new audio and videos.

Regarding preference of genres of songs, Lyta admits to being passionate about HipHop music since his childhood. This does not, however, affect his work as he has mastered various genres from different countries across Africa. Lyta works cuts across various genres such as bongo from Tanzania, dancehall from Jamaica, amapiano from South Africa, afrobeat from Nigeria, and many others.

One specific genre that he has recently concentrated on promoting is Gengetone. He has been praised for his efforts in popularising gengetone as Kenya’s music identity. He has played a huge role in cementing gengetone’s popularity. The majority of his gengetone playlists have gained millions of viewers on YouTube. Apart from Kenya, Lyta's music has equally earned popularity in Tanzania following the success of the bongo mixes.

As a music entrepreneur who rose from selling music on compact discs to receiving massive airplay, Lyta strongly believes the key to success in music is investing heavily in high-quality videos. He further advises upcoming artists to tailor their music for both local and foreign markets to increase the chances of their breakthrough.

Lyta dreams of one day starting his own record label that will support talented upcoming artists and give them a platform to showcase their ability in music. Currently, he gives talented youngsters airplay in his production, therefore giving them a chance to reach more people.

Lyta is one of the legendary veteran DJs who have been responsible for not only entertaining music lovers but also selling Kenyan music to the world. He commands a lot of respect in the music industry and ranks among the most successful African Disk Jockeys. His legacy is one that cannot miss a chapter in the history of Kenyan music.

DJ Lyta mixes are available for free download and streaming on Mdundo.com. Visit the site using any device that can access the internet, navigate to the search bar and type his name, then tap on the search button. A catalogue bearing all of his latest mp3 mixes will be displayed. Scroll to your favourite mix and either listen to it online by tapping the play button or save it to your device by tapping the download button.