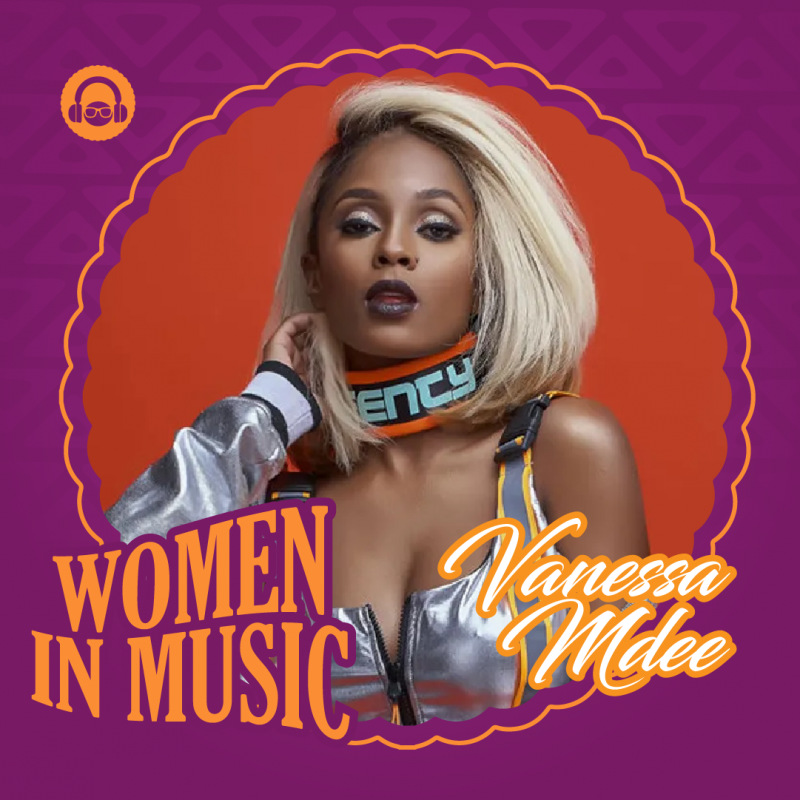 Mdundo is highlighting Vanessa Mdee as our Woman in Music today. Vanessa Hau Mdee was born in Arusha Tanzania. She spent most of her early life growing up in New York.

She studied and graduated from Arusha Modern High school and attended the Catholic University of Eastern Africa where she pursued a Law degree.

Vanessa Mdee is considered the queen of Bongo Fleva having worked with several top African artists that include; Reekado Banks, Navio, Orezi, Jux, Gnako, Ice Prince, Sauti Sol and Rayvanny among others. In 2018, she released her debut album ‘Money Monday’ which had 18 songs.

In 2020, Vanessa Mdee surprised fans when she announced that she was quitting music. Vanessa said she decided to quit music in order to focus on other things like being an advocate of honesty, beauty and ‘facing her demons’.

Away from music, Vanessa has been big on women empowerment especially on matters education for young girls. In 2018, she launched her shoe line dubbed ‘Bora Star’ noting that it was meant to encourage young girls to work hard and believe that they can achieve anything.

Additionally, Vanessa and her sisters; Mimi Mars and Nancy Hebron run an initiative dubbed ‘Udada Initiative’ whose main aim is to empower young girls and women.

Although she is not currently in the music scene, Vanessa laid a foundation for many young female artistes and showed them that it is possible to not only make it in Tanzania, but also Africa and the world at large. For this, Mdundo celebrates and appreciates Vanessa Mdee.