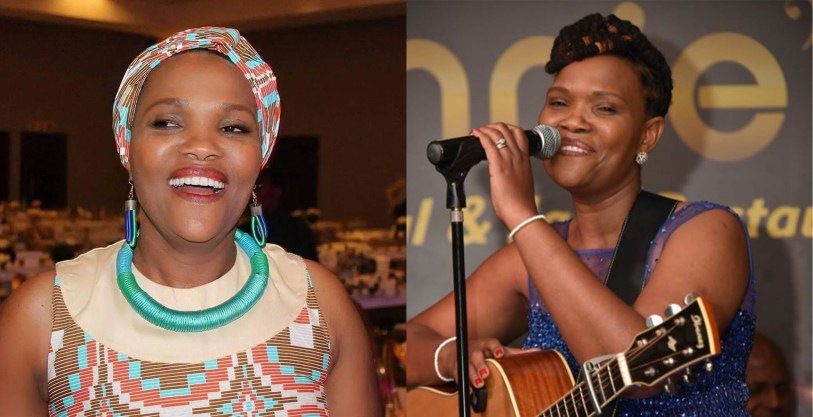 Praise Poet Sindiswa Seakhoa, the co-founder of the South African Literary Awards and a popular singer is dead. The sad news was delivered by Bishop Jessica Mbangeni via Facebook on Sunday morning.

In a heartfelt homage to her deceased friend, she said she is still fighting to come to grips with her death.

Read Also: DJ Maphorisa Recalls How he was Considered Crazy When Starting Amapiano

“We are leaving this world gracefully, but painfully leaving our loved ones. This morning, I cannot hide the pain I feel over the passing of my sister and mother. She gave praise poets a prime slot on her prestigious event, South African Literary Awards,” she eulogised Sindiswa.

She further told Daily Sun that: “It is true, she’s no more. I am very heartbroken. I can’t believe she left us this early because we still needed her. She was a pillar of strength to us, and supported us in the industry.”

Tata, her debut album, was released at the International Jazz Day celebrations at the South African State Theatre, Tshwane, on April 30th, 2015.

Her death comes days after Kuli Roberts, a South African media personality also passed on. Though not an artist, Roberts had a lot of influence in Mzansi’s music industry.