Nadia Nakai: 4 Interesting Things You Probably Didn’t Know About Her 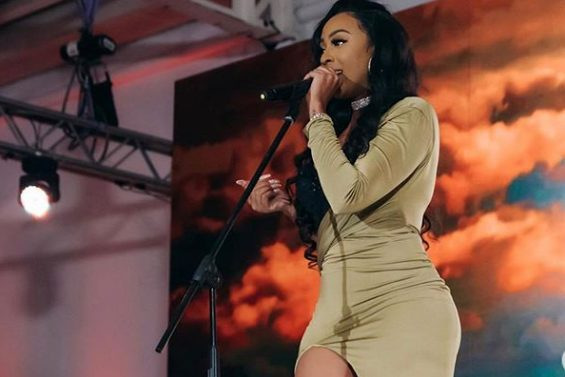 Moreover, you could think you know everything there is to know about her because she has been in the spotlight for so long and has amassed such a devoted following of admirers, devotees, and detractors.

However, many people are surprised to learn how much they don't know about the Bragga Records boss. Here are four things we bet you didn't know about Nadia.

She is half Zimbabwean

Nadia's father is South African, but her mother is Zimbabwean. She was born in 1990 in South Africa. This explains the typical Zimbabwean girl's name Nakai, which means "be beautiful" in the Shona language. What a wonderful moniker for her.

Veteran Kenyan rapper Nazizi inspired Nadia Nakai’s career. Nazizi, was a favorite of hers while she attended her high school in Kenya. As a result of her meeting with Nazizi, she went on to become a rapper.

Read Also: Kabz de Small: I Was a Grass Cutter, Plumber before Music Saved Me

Nakai is her nickname

Because she goes by the name Nadia Nakai in public, we might assume that's her middle name, but it isn't. In addition to her given name, she also goes by the middle name of Nakai and the surname of Kandava. Her mother's maiden name is Kandava; hence, Nadia Nakai Dlamini changed her surname to Kandava at the age of 16. Nadia Kandava and Nadia Dlamini, on the other hand, don't have nearly the same alliteration as Nadia Nakai.

Her work ethic is mind-blowing

Nadia is a hard worker. When it comes to success, it's not about laziness. But we doubt that you'd be able to precisely predict how much effort she puts into her work. One time, while still signed to Cassper Nyovest's Family Tree, she was advised that she to change things up in one of her albums which she had worked on already. Nadia was forced to rework the entire record from scratch. Despite this, the end result was spectacular. Because of Nadia's tireless dedication, she recently founded Bragga Records.