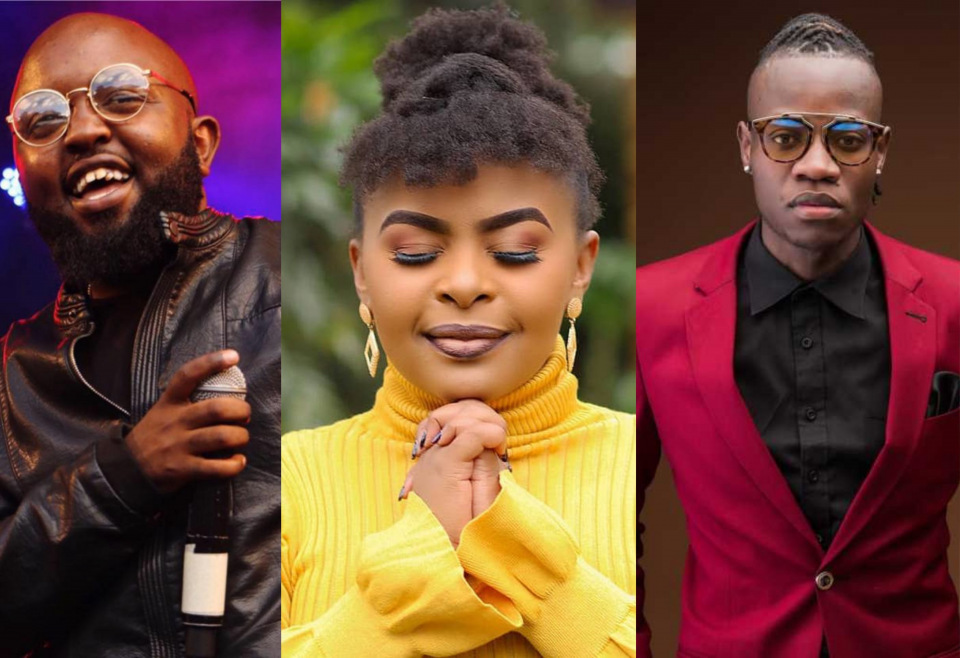 The growth of secular genres of music like gengetone has overshadowed the traditional gospel music genre. The new generation music industry has also seen a lot of artists transiting from gospel to secular. Despite these drastic changes, there are musicians who are keeping the gospel music industry alive and preaching the word of God through music. In this article, we shall review some of the outstanding gospel musicians who have withstood the test of time and are still relevant despite the changing music industry.

She started as a secular artist before switching to gospel. Her change of heart made headlines back then as she was one of the most sought-after female musicians at the time. After making the switch, she rebranded to Size 8 Reborn and smoothly adapted the gospel music. She released gospel hit songs and within no time she had a huge fan base in her newfound style of music. She is currently working on a new jam in collaboration with rising star Iyanii.

He has undoubtedly been in the music industry for a very long time. Guardian Angel's consistency in gospel music has paid off as he has risen to become one of the most respectable names in the industry. Last year, Guardian Angel was extremely active as he released his album and had a music tour.

Read Also: Top 5 Vernacular Musicians to Watch Out for in 2022

He shot into the limelight as part of a two-man band known as Kelele Takatifu. Together as a band, Moji Shortbabab and Didi made a name for themselves and released hit songs. The separation of Kelele Takatifu threatened to end the music careers of the two stars, but Moji ShortBabaa had a huge come back and reclaimed his rightfully owned seat at the high table of bigwigs in the music industry. Moji Shortbaba has also been consistent in releasing top gospel hit songs.

Timeless Noel is no doubt the king of the new generation of gospel music. His songs are easily relatable and are danceable. Last year, Timeless Noel together with his close ally Jabidi had immense success with their hit song 'Bila Jasho'.

Although controversial, Ringtone has kept the gospel music industry alive with his hit songs and commentaries. Ringtone is also one of the legendary musicians who have stood with gospel music despite most of the musicians switching sides to secular. He has also released successful collaborations with celebrated gospel musicians such as Rose Muhando, Christina Shusho and  Martha Mwaipaja among others.

Editor's Note: The opinions is this story are those of the writer.