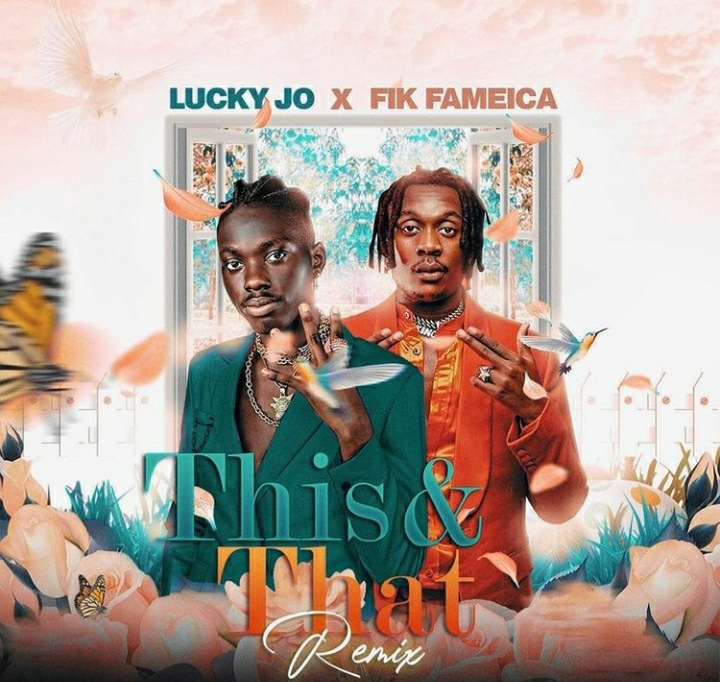 Fast-rising Ugandan artist Lucky Jo has teamed up with Fik Fameica on the remix of his song titled 'This and That'.

In 'This and That', Lucky Jo and Fik Fameica lament about this particular girl who is always asking for expensive gifts way out of their budget.

The two note that they are always forced to go into debts because of a gold digger.

The audio was produced by Nessim Pan Production and the video shot and directed by Sasha Vybz.

The original version of 'This and That' was originally released by Lucky Jo nine months ago. The decision to feature Fik Fameica on the jam has made it more popular across the country.

Discovered by producer Nessim Pan, Lucky Jo started his music journey at a tender age with his first song dubbed 'Keity'. Ever since, Lucky Jo has been on an upward trajectory, with his music picking up across the country.

Om his part, Fik Fameica has been working on collaborations from in and outside the country as he gears up for the release of his new album.