John Blaq vs. Fik Fameica: Who Would You Nominate? 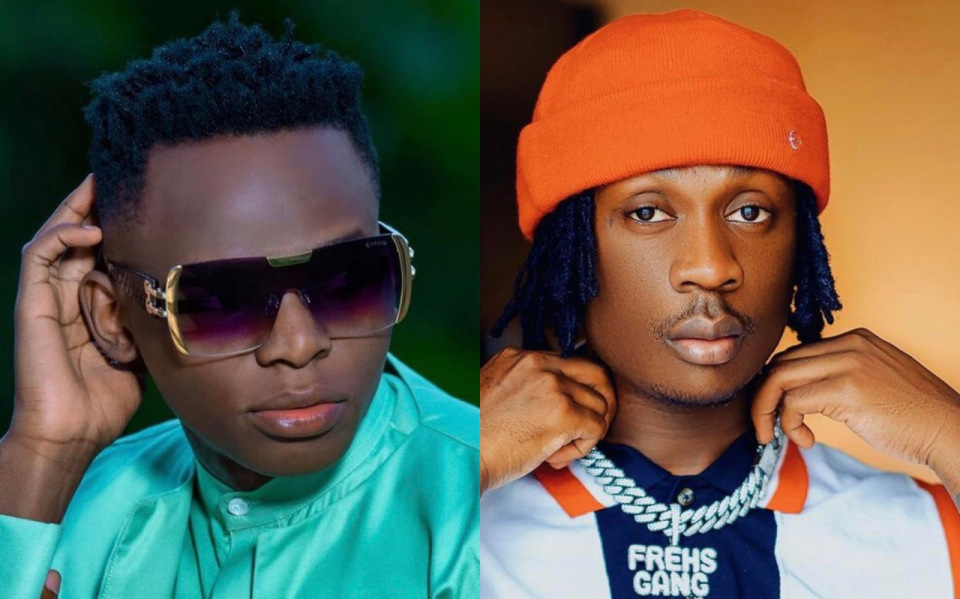 Top artists Fik Fameica and John Blaq are currently two of the most consistent musicians in the Ugandan music scene, releasing hits after hits.

Despite venturing into different genres, Fik Fameica - Hip hop/Luga flow prince and John Blaq crowned for  Afrobeat/Dancehall; the two at a young age, have earned their seats on the table among top male artists.

Fik Fameica actively joined music in 2015 but got his big break with hit song Mbega We Bbaala; which also bagged him a recording deal with Kama Ivien Management. He later released Batuwira and Byenyenya under the label. The two singles made him the most booked artist in Uganda. In 2018, he started his own record label, Fresh Gang Records.

John Blaq debuted in the competitive Ugandan music industry in 2018 with ‘More Fire’. The got good reception introducung Blaq to Ugandans, music lovers across East Africa and the larger continent of Africa. Following his successful debut, he released his second track ‘Tukwatagane’ which established him as one of the best fast rising music artists in Uganda.

In a recent interview, Fik Fameica revealed completion of a studio album he had been working on, to be released this year; with singles like Buligita, LovLov, Lock among others.

In August 2020, John Blaq revealed that he was in studio putting together the last bits of his EP titled 'Changes'. It has six songs including collaborations with several international artists.

On the other hand, John Blaq launched his channel in December 2018 and currently has 46.1K subscribers and a cumulative viewership of 2,380,619.

Fik Fameica has teamed up with some of the biggest names in the continent like Nigerian superstar Patoranking, Wasafi’s Rayvanny, Tanzania's dancehall queen Rosa Ree, Nigeria’s Joe boy on ‘Wansakata’.

Fik Fameica is working on a clothing line under his label Fresh Gang. He has also been a brand ambassador of Jesa Dairy products, Bell larger, Capital Kitchen among others.

John Blaq on the other side bagged a partnership with Pepsi.