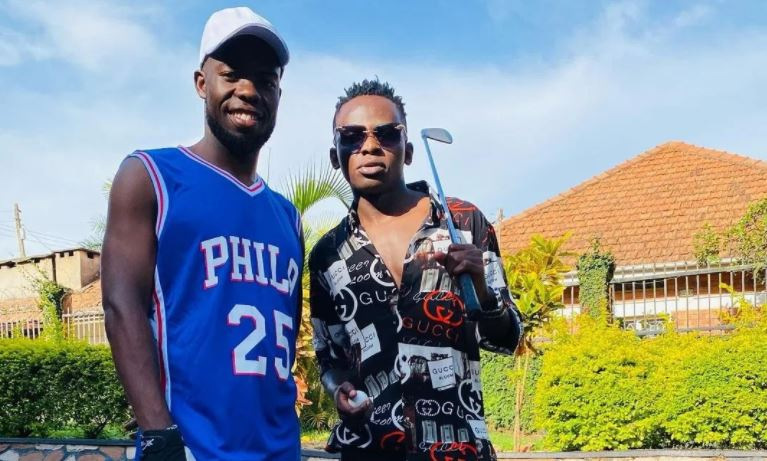 Renowned Ugandan artist John Blaq has set the record straight on his alleged beef with musician Chris Evans. John Blaq and Chris Evans worked on a collaboration titled 'Sitidde' which they released on 4th February. Few weeks after, John Blaq released his collabo with David Lutalo titled 'Tokutula', giving no room for music lovers to fully enjoy the first project.

This is speculated to have caused a little tension between John Blaq and Chris Evans because the latter believed John Blaq sidelined him and jumped on another collaboration before he could extensively promote 'Tokutula'.

Speaking during a recent interview, John Blaq admitted that there was a misunderstanding between them, adding that his collaboration with David Lutalo was supposed to be released first.

"I was not sabotaging Chris Evans, and I thank him for giving me the opportunity to work with him. There was a miscommunication between me and Chris Evans but the collaboration with David Lutalo was to come first. These misunderstandings happen every day…" John Blaq said.

Despite being released a few weeks a part, both songs are doing  well with John Blaq appreciating both artistes for working with him on the projects.