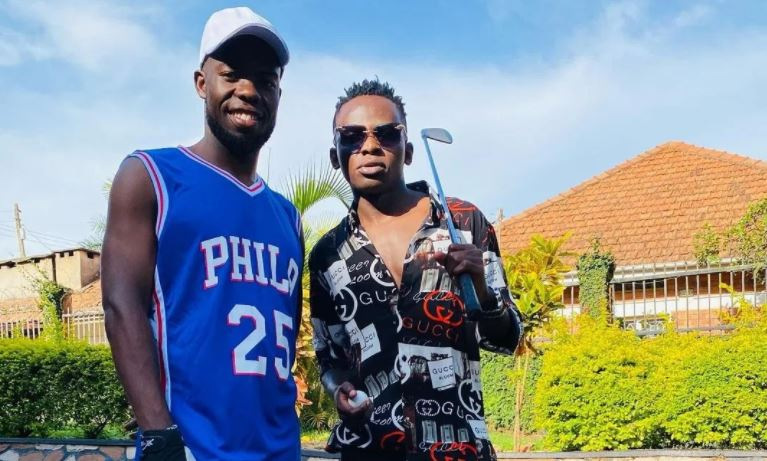 Ugandan artists; John Blaq and Chris Evans have teamed up on a new song dubbed 'Sitiide'.

In 'Sitidde' (loosely translated from Luganda to mean I am Nnot scared), Chris Evans swears he isn't scared of approaching the girl he likes because of her high class.

He says many have discouraged him of shooting his shot, but he ignored their negative energy as he is in love and not scared of anything including rejection.

John Blaq comes through in the second verse expressing his love and listing the many things he will do for the same girl.

The audio was produced by Sabula's Diggy Baur, while the video was shot and directed by Darlington of Zero One Media who gave it good picture quality and enough lighting.

John Blaq being an Afro beat/dancehall music and Chris Evans being a band singerhave two completely different fan bases and music styles, but they perfectly complement each other in this new jam.

We also see Chris Evans upgrade his sense of style in this video to match John Blaq's high standards.