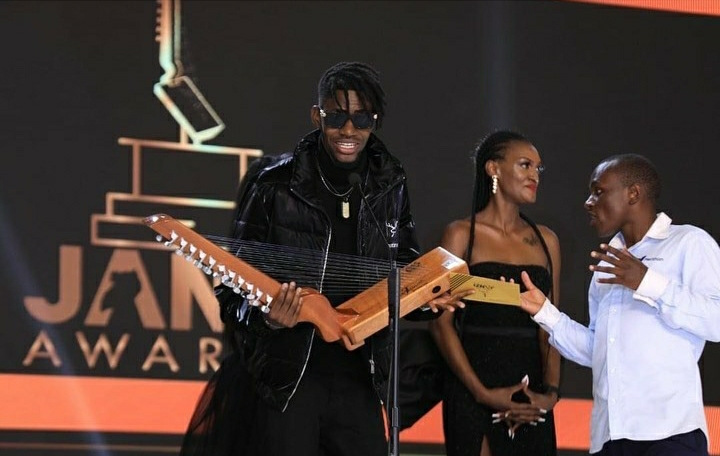 While acknowledging his Hipipo award, Liam Voice encouraged young artists to always work hard and believe in themselves.
"I dedicate this award to all the people who think that it ain't possible. We come from very poor families and people think we can't be anything important in this world. Look at me now taking home the Best Breakthrough artist of the year and I believe more are coming. I encourage you never to give up," Liam Voice said.

Below is the full list of 2021 HiPipo award winners:

Artiste of the year: Eddy Kenzo

Song of the year: Sango by Eddy Kenzo and Martha Mukisa

Video of the year: Munda Eri by Maureen Nantume

Among the attendees on the red carpet were Karole Kasita, Kabako, Ghetto Kids, Da Agent and  Levixone among others.