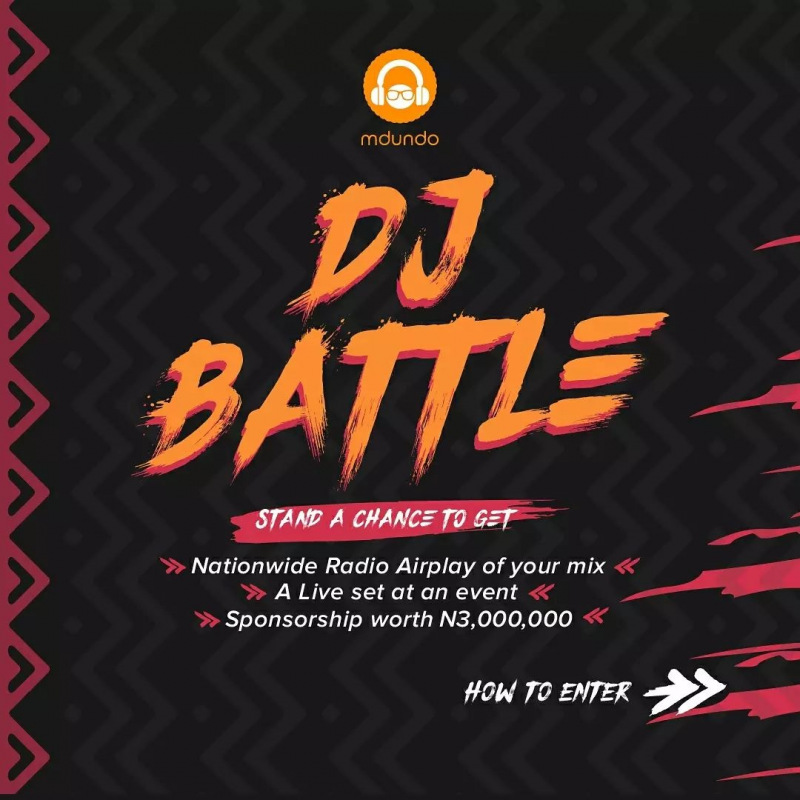 Mdundo, Africa’s leading online music service, has launched a DJ competition giving out N3,000,000 as well as radio airplay to the winning DJ. The competition is creating a platform for DJs in Nigeria to showcase their talents to Mdundo’s 10m monthly users.

“The campaign will involve DJs of any genre who will participate by registering on www.mdundodj.com and submitting their mixtapes; the DJ with the most downloads will win the competition.  The campaign, which is already live, will draw in submissions up to December 10th, 2021.”

Mdundo works with more than 100,000 musicians from across Africa and Nigeria has one of the platform’s biggest user bases recording 3.1 Million unique users in the quarter leading to September 2021. The DJ battle is an opportunity for  DJ’s to leverage and expand their fanbase and further their brand reach.  Mr Uwem furthermore urges DJs to register in numbers, submit their mixtapes and mobilize their fans to support, download and vote for them as the DJ with the most downloads by users who will be crowned King of the Turntables. Every download counts as a vote for DJs.

According to Mr Uwem,  the winning DJ will walk home with a sponsorship deal worth N3 Million plus 30 minutes DJ set at a major music event in 2022 and radio airplay. The winner of the campaign is expected to be unveiled on December 22, 2021.

Mdundo prides itself in over 10,500,000 monthly users in Tanzania, Kenya, Nigeria, Ghana and other African countries and works directly with over 100,000 African musicians.

This is how the DJ battle works:

Deadline - December 10th, Submit your DJ Mixtapes before the deadline

Tracks - Mixtape must only contain songs downloaded from Mdundo.com

Create - All genres are accepted for submission including secular, vernacular and gospel