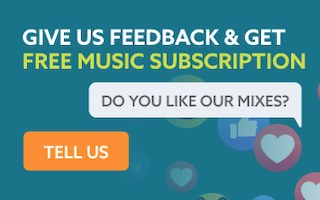 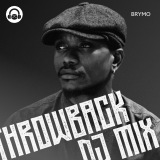 About Afrobeat Mixes
Afrobeat mixes are something you want to play for minutes on end because they are deep, captivating and soul-provoking. The genre traces its history to 20th-century musicians from West Africa. These musicians – from Ghana in particular - merged traditional West African music with jazz and calypso from the Americans to create the first sound of today’s highlife genre. It’s a mainstay sound in Ghana, but the legendary Fela Kuti from Nigeria capitalized on it to create a full Nigerian musical identity.
A fusion of traditional Yoruba music, highlife, American funk, jazz, and soul, emphasising chanting and intricate rhythms and percussion, describes Afrobeat mixes. Kuti, known for his multi-instrumental and bandleader exploits, popularized afrobeat across and beyond his home country in the 1970s. At the time, he and drummer Tony Allen experimented with various contemporary music styles.
Kuti left Lagos in the late 1950s to pursue his musical education at the London School of Music, which is where he was first exposed to jazz. He returned to Lagos and played a hybrid of highlife and jazz. In 1969, Kuti and his band took a journey to the United States, where they met Sandra Smith, a vocalist who previously performed with the Black Panther party. And this marked a journey to popularizing Afrobeat.
Smith filled Kuti in on the latest goings-on in the world of African-American politics because the legendary singer was interested in the subject. In exchange, Kuti would educate her about the traditions of African culture. Because Kuti was staying at Smith's house and spending a significant amount of time with her, he began to rethink his approach to music. At that point, he realised he was not playing African music. He altered his musical style but also the meaning behind the songs he wrote and birthed Afrobeat which is synonymous with his musical legacy.
After moving to Nigeria, Kuti rechristened his band "Africa '70," reflecting the country's year of independence. He founded The Afrika Shrine, now credited with giving birth to the new sound. Since then, Afrobeat mixes have become extremely popular among young people. Kuti used this music as a societal critique to pave the way for social change, and it often rubbed politicians the wrong way. His songs’ content passed off as confrontational and controversial because he addressed political injustice and military corruption. This line of though in musical creation remains a significant path for Afrobeat artists in Nigeria.
This music style gradually became more popular across Africa, and more bands started playing it. After Kuti’s death in 1997, his son took over and renamed the band 'Egypt 80'.
Popular Afrobeats Mixes Artists
2Baba
Tiwa Savage
Wizkid
Burna Boy
Yemi Alade
Davido
Mr Eazi
D’banj
Timaya
Rema
Fireboy DML
Omah Lay
Why You Should Listen to Afrobeats Mixes
Today's genre is wide-ranging, a departure from the favourite mix popular in the 70s. In the formative years, the lyrics had so much political and governance tone. Kuti thrived by calling out social and political injustices.
Today though, you enjoy the lyrical and content dynamism in all of Naija Afrobeat mixes. Love, romance, soft life, and equality, among others, are themes in this genre. For instance, so far, latest mixes in 2022 feature a cocktail of Nigerian artists. From Simi, Oxlade, Kizz Daniel to Burna Boy, the DJ serves you different levels of ecstasy with different themes but in one distinct sound.
These songs preach about the beauty of Nigerian culture and its musical landscape. They further Fela Kuti’s legacy as a musical kingpin who never shied away from calling out oppressors and wanting the best for his Nigerian people.
Afrobeat mixes are online on Mdundo.com and available for download in Mp3.