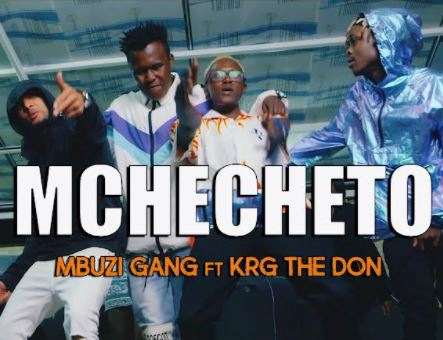 The two songs have an upbeat vibe and are guaranteed to go viral now that the curfew has been lifted in the country.

Mbuzi Gang is a three man gengetone group from Nairobi, Kenya. It is made up of Joefes, iPhoolish and Fathermoh.

The group was completed when Fathermoh joined a few months after the other two members had started it off. Both iPhoolish and Joefes were signed to Black Market Records as solo artists when they decided to form the group.

They're popularly known for their hit songs ‘Shamra Shamra’, ‘Wagithomo’, ‘Sherehe Sheria’ and many more.