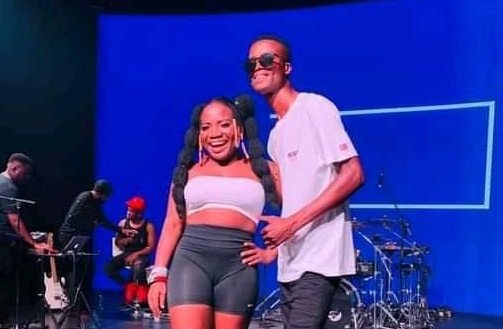 Makhadzi and King Monada are seemingly on the right foot once again after a tiff over ‘Ganama’ hit song.

A few months back, King Monada accused Makhadzi of short-changing him and removing his lines from the song which he claimed was released without his consent.

However, Makhadzi who featured Prince Benza held that ‘Ganama’ was solely her creation and not King Monada as he claimed.

To fight back, King Monada released a new jam dubbed ‘Ghanama S Plus’. He released the song in retaliation to fellow musician Makhadzi who on July 8, 2021 released her version dubbed ‘Ganama’ excluding King Monada’s verse.

But, the two artists are reportedly said to have buried the hatchet and performed the song together over the weekend. They then embraced each other for minutes.

When she attended a music concert in Harare, the ‘African Queen’ album composer shocked many as her tickets were totally sold out. She flew back home R1.4 Million richer in place of the projected R300 000.

Just recently, she was given a VIP treatment in Botswana. Gaborone Mayor received her at the airport and whisked her away in a limousine.