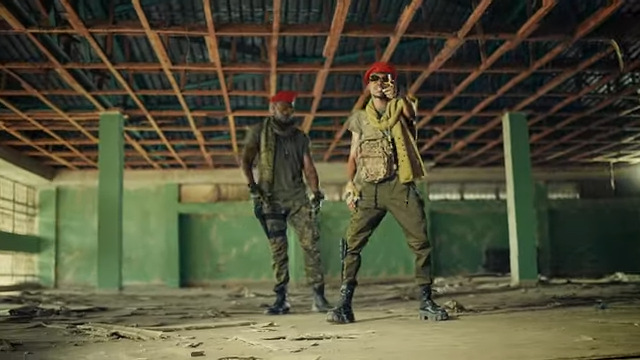 Donned in military fatigue, Yo Maps does his thing in his signature voice that charms all the way into the heart. A true Zambian he is that he goes native with his lyrics all through the song.

His fans greatly loved the song. “Man it's like everyday you're on a new level, it's magic every time you release a song and slap he has always been slapping the beats...iyi ni fire last futi. You're truly the Komandos,” Dre Sean said.

Robby Worldwide added: “This is a classic already.Slapdee killed it as usual." mind your own business mwatu mulibe profit "that line hits harder than a commando's slap.”

Komando album will be Yo Maps’s first since his entry in the industry over a decade ago. It took him 10 years to be recognized and all this time, he never gave up.

Yo Maps says he believes in himself and in better days to come. He says that in the course of his music career, he never felt the need to release and album until he was accepted which is why he is dropping his first album, ‘Komanda’ in October, 2021.

Read Also: Yo Maps Explains Why It’s Taken Him over 10 Years to Release Debut Album

“I started doing my music in 2008,” he tells Hellen Zulu Phiri during a YouTube interview adding he only shattered the glass ceiling in 2018 after pushing so hard in the industry. Still, he decided to get accepted first and release an album which explains why he never had an album before. “So from that time, I was not ready to drop an album because I wanted to be ready. Since now I am ready, I can drop an album.”