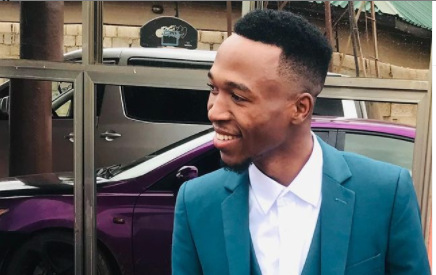 Zambian musician Yo Maps has released a new song dubbed ‘No More’.

What’s interesting is that besides being a great artist, Yo Maps has got great music production skills. This is one of the songs he has produced.

Read Also: Yo Maps Explains Why It’s Taken Him over 10 Years to Release Debut Album

‘No More’ has a touch of class with the signature Zambian beat all over the key. Coupled with his vocals, you can’t help but jam to the song.

If you listen to most of his songs, Yo Maps is authentically a proud Zambian artist. He sticks to his style – originally Zambian – and his vocals sync with the beats optimally.

Immediately after releasing the song, his fans went on a praising spree saying that Yo Maps has proven he is more than talented in music making.

“I like your mastering. You didn't let the vocals rest heavily. The beat is a song on its on. Two trucks in one .Thumps up,” Hope Homela said.

Jonas Chungamuka said that “After we lost P Jay and other great musicians we've had, RIP, God gave us Yo Maps.”

Clarisar Chabala said “This guys sticks to the Zambian music key and style love your sound and style Elo futi this one doesn’t disappoint he keeps dropping hit after hit.”