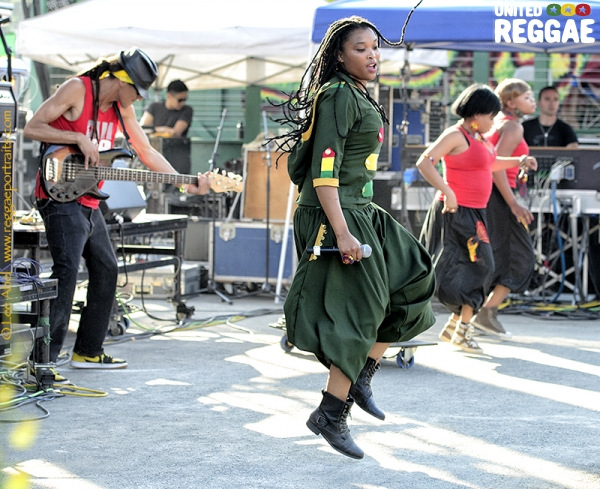 Nkulee marked her father’s 14th anniversary with Kenyan reggae enthusiasts. There was no better time for her to make an appearance, than when Kenyans celebrated the men and women who gave their lives for the country’s independence.

During the show, Nkulee thrilled fans with several of her top hits. Her performance lit up Carnivore reminding Kenyans of her dad who was a global sensation.

Nkulee’s music is unique being a fusion jazz, ethno-soul and raga. This is what has set her apart with a dozen other reggae artists in Mzansi and the world too. The 33-year-old singer traces her huge musical steps to being a backup singer for the late Lebo Mathosa.

After Mathosa’s demise, she moved to back up for the legendary Ntando Bangani. She also worked as a backup artist for her father’s band. Listening to her music, you can’t help but notice the ease with which she churns out lyrics in her songs.

You literally feel the strike ethno-soul and raga elements from her production. She has performed in global stages in Australia, Holland, Papua New Guinea, French Guyana, and other European countries.

She has also performed in South America, and Africa. In all these performances, Nkulee shared the stage with big Jamaincan raga/reggae icons such as Sizzla, Turbulence, Tosh Meets Marley Warrior King.

Nkulee is a recipient of the prestigious “Most Promising New Entertainer” award at the International World Reggae Music Awards. She is also a “Goodwill Ambassador” for the African Youth Leadership Council.