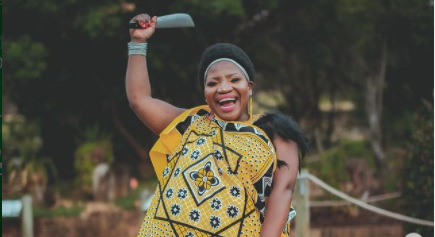 She was nominated for awards in Artist of the Year, Best Female Artist in Southern Africa and Best Artist, Duo or Group in African Electro categories.

The ‘Ganama’ hit maker says she cannot believe that she landed such huge nominations in AFRIMA.

“Aaa wee… can you believe this? We got 3 AFRIMA nominations,” she expresses saying this is quite huge for her career. “This is very big for me and a first, also it's an honour to get nominated along those legends. I appreciate everyone that's been supporting my music.”

The nominations come after the release of her new album ‘African Queen’ on September 3. With ‘African Queen’, she captures deeply emotive issues in day to day life and turns everything around.

The 19-track album features the who is who in the music industry – especially Amapiano artists. She has featured the iconic Kabza De Small, Prince Benza, Mr Bow, Cassper Nyovest, Job Dellinger, DJ Dance Okashi and Vee Mampeezy among others.

“Making the album was not that easy because things change every year and somehow I need to adapt to what’s the latest on the streets in order to be relevant and consistent.

“Although what helped me in curating the album was my fan base, who love my sound and the genre of my music, that’s why I told myself I will never change who I am as Makhadzi because that’s what my fans love!” she opined.