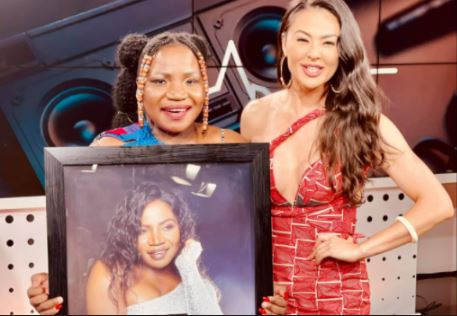 ‘Kokhova’ is the album that squarely booked Makhadzi a place in the heart of her people from Limpopo and beyond.

“I am the first female artist to reach gold in album not a single song. I am happy to announce that my whole album Kokovha reached Gold. Thank you for your love. Let’s continue making change,” she wrote.

On Tuesday, her label Open Mic Productions congratulated her over her new milestone. “The African Queen @MakhadziSA celebrates big as her album #Kokovha goes gold, all songs on the album went Gold...Congratulations wa vho rwine another record in the bag,” said the label.

So, what makes the 21-track ‘Kokhova’ album so special?

A listening party held prior to the release of the album made it a great deal to listen to. The hype surrounding the party kept her fans on the hook. Besides the fans, she invited close family and friends to the party and they helped a great deal in sustaining the hype.

Secondly, the album came at a time when the world was at the heart of battling the Covid-19 pandemic, therefore 21 gave fans  great music to listen to as the country was in lockdown. ‘Kokhova’ emerged one of the best albums to kill boredom when lockdown became a reality. An online dance challenge for some of her songs promoted the album christened the ‘situation changer’ because it made Mzansi ease up on the stress that come with the pandemic.

Lastly, Makhadzi’s cultural intrigue throughout the album was a big boost. Her continued use of her Venda – her native language – sent a strong statement of a person who loves people to the last breath. Her new 2021 release ‘African Queen’ could also follow in the same steps of success as ‘Kokhova.’