Is Amapiano A Passing Cloud In The Kenyan Music Scene? 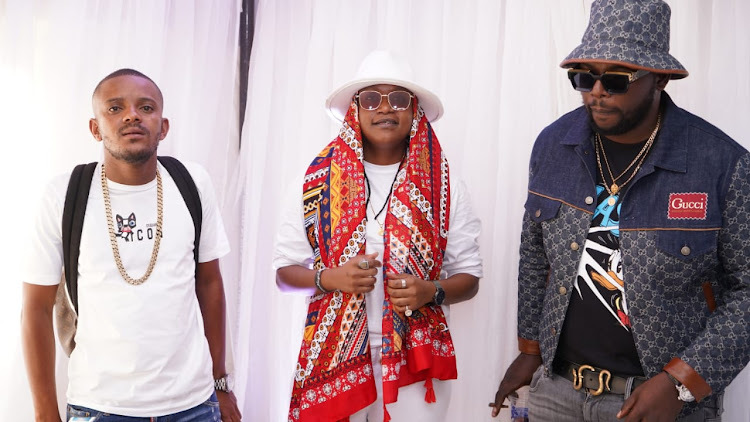 Amapiano is currently the most popular music genre in Kenya. Originally from South Africa, the sound is believed to have been first created in 2012 by fussing popular genres i.e lounge, jazz and deep house music. The music then caught on signature dance moves charectirised by a blend of cultural dances native to different parts of Africa. Dance choreographies change but quick energetic leg-work remains a distinctive aspect of the Amapiano dance. The sound is irresistibly catchy and is basically the music playing at any party or event you might walk into.

The wave swept into Kenya amidst the pandemic in 2020. As open mindedness is key to an artist, 2021 has seen Kenyan musicians release their own  Amapiano songs; these include; ‘N’mekapitia’ by Trio Mio ft Tunu, ‘Danger Dinji’ by Movaz Warombosaji ft Brandy Maina, ‘Chay Chay’ by Kagwe Mungai, ‘Weka Piano’ by Rekles ft Brandy Maina, ‘Pokea Moyo Wangu’ by Guardian Angel ft Esther Musila , just to mention a few. Amapiano went viral globally and other artists across East Africa who have also released Amapiano songs include Diamond Platnumz, Rayvanny and Nandy. All these projects got an impressive reception online.

To determine if the genre is a passing cloud in the Kenyan music scene, we look at the history of other genres in Kenya. What factors led to their success or neglect over time.

Producers just like musicians have sound specialty. If interested Kenyan producers decide to master production of Amapiano, the genre might just have a fighting chance. The mastery could include it's evolution through fusion with other traditional sounds or future trends.

Artists do put in a lot of work; however those interested in Amapiano must be consistent in putting out Amapiano music. The human brain subconsciously registers anything it comes across often. Over time, it starts to grow on them, if they initially did not like it or pay attention to it.

Supportive fans basically keep the world revolving. As witnessed with popular genres in the past; fans were willing to spend time and money on music they liked. It could be purchase of records or concert tickets, streaming music on online platforms, following favourite artists on social media or requesting air play. Music would be pointless if there was no one to listen to it.

The early 2000s saw the rise of Genge music brought to life by the likes of Jua Cali, Nonini and Ratatat. 2010 was a redefining year with the entry of pop Kenyan gospel by artists Willy Paul and Bahati. The two gained massive popularity across the country paving way for the rise of numerous current Gospel artists. There might have been a gap in which Kenyans pretty much consumed a cocktail of sounds; some Afrobeats from Nigeria, Bongo from Tanzania, their very own Sauti Sol and vernacular music like Mugithi. Just before the onset of the pandemic came the tremendous 'Gengetone'.  Argued to have been inspired by the earlier 'Genge' music, Gengetone has consistently been marred in controversy but continues to be the biggest sound in Kenya. Amapiano has arguably been at par with Gengetone over 2020-2021. As to whether the genre will stand the test of time, it all depends on Amapiano artists creating a loyal fan base that will continue to support Amapiano after the hype dies.

For music genres to experience a lengthy shelf life, there needs to be artists that solely identify with it.  So fa , most of the Kenyan Amapiano releases belong to or feature Kenyan pop artists. This could indicate that they might have also just jumped on the wave for the fun of it and probably do not plan on sticking with it any longer than the trend.  Only time will tell if any Kenyan artist will remain dedicated to Amapiano as a signature sound.

The power of social media in music today is simply mind blowing. Amapiano made immense global circulation through TikTok dance challenges. Trends on social media do not last as long but Amapiano has managed to pick popular interest, consistently for longer than a year now. It being on social media serves both arguments; everything on social media is considered temporary but a trend that has caught on this long could just be the game changer.

Kenyans are a peculiar lot making it a little difficult to predict their next move. Some trends rode in fast and faded just as fast. However, Kenyans have continued to heavily consume certain music for decades over and artists have worked to improve the sound. Some of these include Rhumba, Benga, Reggae, Dancehall, Riddimz, Gospel and Bongo Flava. In conclusion, we also can't tell whether Amapiano is a passing cloud, only time knows and refuses to tell it now.