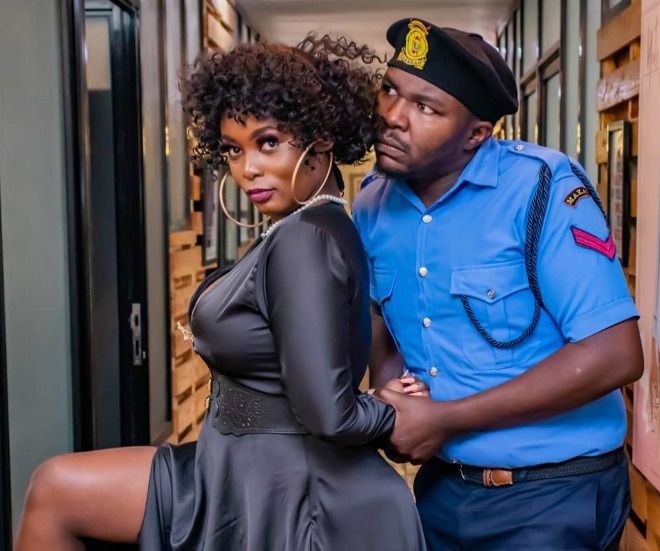 ‘Hivi Na Hivo’, is an upbeat Gengetone jam which expounds on two sides of different social scenarios. Showcasing her creativity, Maandy delivers well-versed lyrics on different life scenarios which include her before and after fame lifestyle.

She also takes the opportunity to paint two scenarios of how fake people snitch on each other as she tries to educate her friends on how to choose their company.

The video which was directed by Qvisual is very colorfuland is set in various locations including; a salon and a police station. In the salon scene, Maandy and her beautiful vixens get their hair done and later vibe to the song with catchy and fun dance moves.

The song has been received well and already has 40,000 views on YouTube.  In addition to the views, fans also left positive comments under the visuals, with many commending her for blending Kenya Genge culture and campus vibes while others praised her skills as an artist.

Read Also: Femi One opens up on Breaking Barriers in Male-Dominated Hip-hop Industry

“I just love how well they blended Kenya genge culture with camp-y vibes, ”one fan reacted, with another one adding, “Maandy to the World because clearly she is a certified talented artist.”