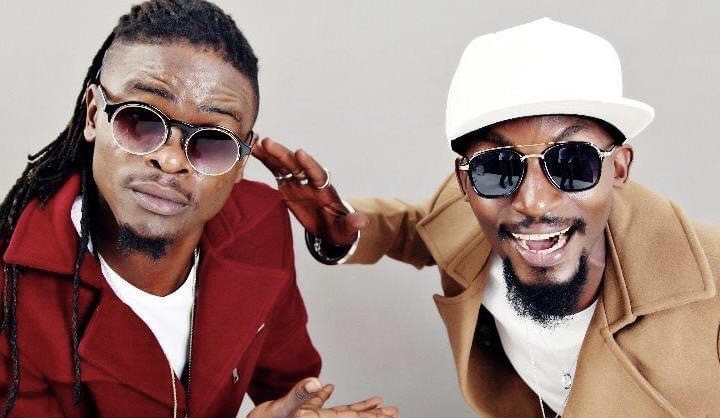 Ugandan artist Diamond Oscar has hailed the late Radio Mowzey and Weasel Manizzo of the Goodlyfe Crew for being one of the best artists to have graced the music industry.

Twenty years back, the music industry was mainly dominated by Bebe Cool, Bobi Wine and Jose Chameleone who were branded the 'Big Three' pillars of the Ugandan music industry.

When asked if the Goodlyfe Crew broke through the top three, Diamond Oscar noted that the duo was bigger than the three, arguing that Radio and Weasel can't be compared to Bebe Cool, Jose Chameleone and Bobi Wine.

"Radio and Weasel broke through the big three and time came when they were even bigger than Bebe Cool. They were so powerful to the extent that they got nominated in the BET Awards where they even attended. You couldn't even compare them to the so-called big three," Diamond Oscar said in a recent interview with Gossip Live.

Back then, Diamond Oscar worked with the Goodlyfe crew on several projects. Although he was not signed to the label, he was among the artists strongly affiliated to it. He later moved to Team No Sleep and made a couple of hits with Sheebah Karungi.

Diamond Oscar was among the top artists back in the early 2000s before he went off the music scene.

In a recent interview, Diamond Oscar admitted to being a faded musician who is working hard to rebrand himself and bounce back bigger and better.