Tems Shares 'If Orange Was a Place' EP Tracklist 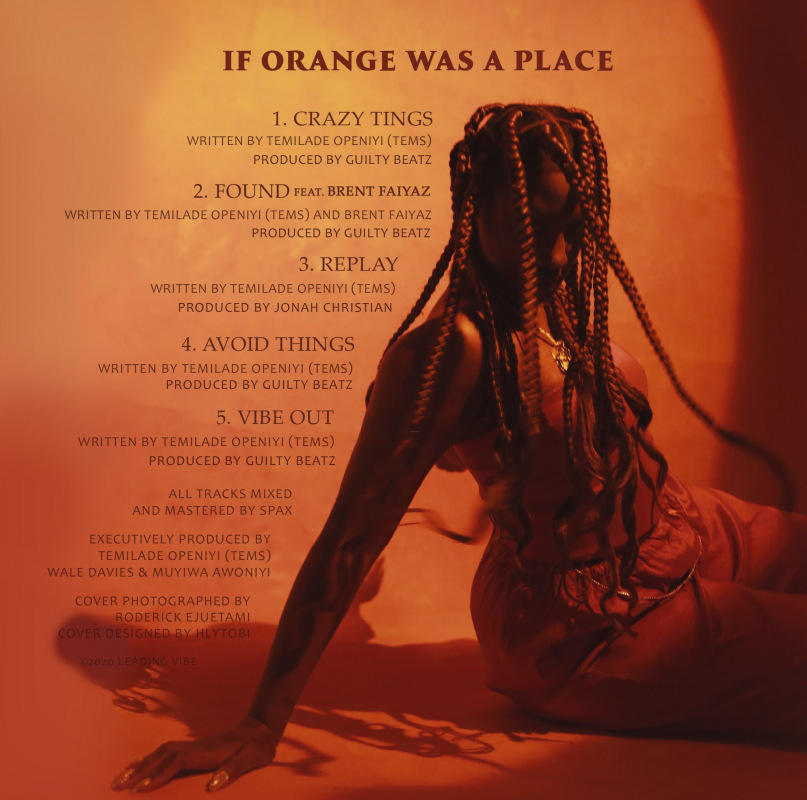 The singer, songwriter, and record producer on Monday revealed that the EP is titled 'If Orange Was A Place' and shared a full tracklist of the project a few hours later .

According to the tracklist posted on her official Twitter handle, the upcoming music project will house 5 tracks.

As earlier hinted, the EP only has one featured artist - Brent Faiyaz, an American singer from Columbia, Maryland.

All the 5 tracks were written by Tems herself, produced by Guilty Beatz and mixing and mastering by Spax.

Recently released single 'Crazy Tings' is track number one on the 'If Orange Was A Place' EP.

Tems Reveals Name of her Upcoming EP- IF ORANGE WAS PLACE

The track listing for the EP expected to be officially made available on Wednesday, September 15, 2021.

The upcoming EP is a follow-up to the 2020-released 'For The Broken Ears,' - a debut project from the 26-year-old singer known as the leader of her fan base 'Rebel Gang'.

'If Orange Was A Place' EP will be arriving on the backdrop of Tems' announcement that her debut album will be dropping next year.