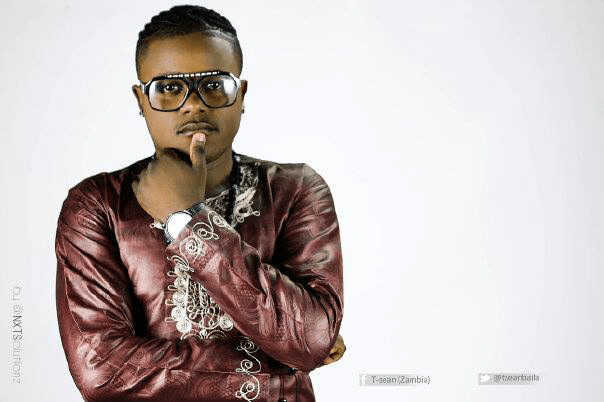 T-Sean’s last few months have not been easy but he puts up the brave face of a man who is not giving up yet. His new album ‘Purpose’ speaks volumes about all of this.

T-Sean is one of the few dancehall artists in Zambia who has remained consistent and produced top quality jams over the years, despite the many challenges artists face in the industry.

In a candid interview with ZMB Talks hosted by Edna, he credits his outstanding music to his production team.

“What I think has really helped me is the production because there are times I have an idea but that idea will only make sense once I put everything down…the production plays a big part in the making of my music,” he says.

T-Sean is a perfect definition of a self-made artist having started off from humble beginnings in Sunday school.  In his new album, he captures his early days in the industry on his jam dubbed ‘Ingoma’, which speaks of his days as a drummer in his local church band.

The drumming shaped his interest in dancehall, T-Sean says.

Off the new album ‘Nikumasule’ is a favourite for many. It is a beautiful masterpiece with a fusion of RnB and dancehall.

‘Nikumasule’ is a love song asking people what holds them back from being with the people they love.

The charisma from his message is everything that defines a great song packed with a powerful message.