Olamide Vs Phyno: Who Is The Nigerian Rap King? 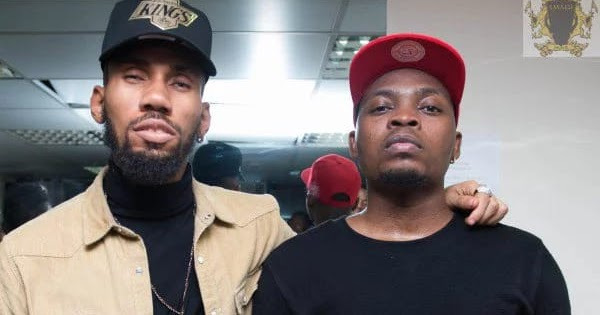 Olamide and Phyno are among the most experienced Nigerian rappers in the Naija Music Industry today.

The duo has been active in music for cumulatively over 30 years and have so much in common – among them rapping in their indigenous languages and being owners of record labels.

Olamide, 32, records in Yoruba and English while Phyno who is 34-years-old is renowned for rapping in the Igbo language.

Who would you name as the King of rap in Nigeria between the two? We take a look at how the two compare to each other on a number of areas and leave it to you to make your own conclusion.

Olamide started music in 2010 and has won over 20 different awards and nominated in over 40 different categories.

Phyno on the other hand has a documented 5 award wins and 28 nominations within a span of 18 years he has been in music, having started his music career as a producer in 2003.

Olamide who released his debut studio album ‘Rapsodi’ while signed to Coded Tunes has an impressive discography that comprises of 9 solo studio albums including his 2021 released ‘UY Scuti’ and one collaborative album ‘2 Kings’ which he jointly released with Phyno in 2015.

Phyno on the other hand has three studio albums, one collaborative album with Olamide and no EP.

Both Phyno and Olamide have an impressive list of popular musicians they have worked with; either as featured artists or collaborations.

Some of the popular musicians that Phyno has featured, to mention just a few include, Flavour N’abania, Wizkid, Burna Boy, Mr Eazi, Yemi Alade, D’banj, Davido, and Runtown.

Olamide on the other hand has worked with among others Davido, Wizkid, Wale, Naira Marley, Fireboy DML, and Bella Shmurda.

Olamide joined the American video-sharing platform in December 2016 and to date, he has a cumulative 307.5 million views – with 886k subscribers.

Phyno only opened his YouTube channel about two years ago – in January 2019 and his music videos have a cumulative 3.5 million views.

Fans majorly keep up with their favourite artists on social media. An artist's social media following can also be used as a metric for popularity comparison.