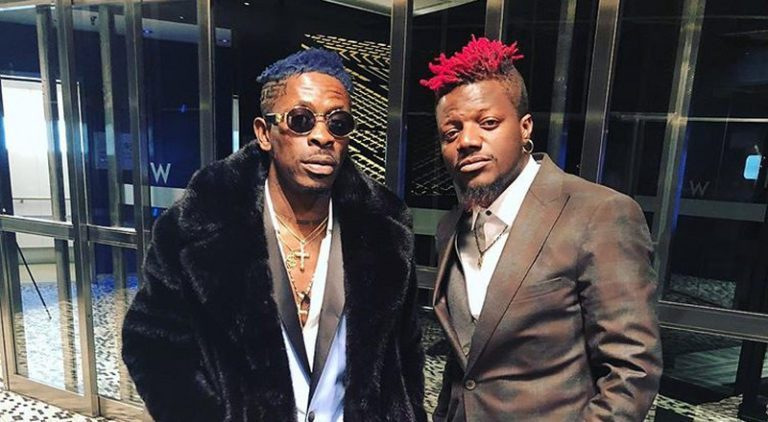 Pope Skinnny has called out to Shatta Wale  to end their beef and work together in music. The rivalry between the 2 Ghananian artists has dragged along for a while now, sometimes intensifying to public exchange of words via their social media pages.

Rapper Pope Skinny and Dancehall artist Shatta Wale were once good friends. Pope has confessed that what they had was beautiful and he would like to go back to the good old times.

In a video on GhanaWeb, which has since gone viral, the Asuoden Music rapper, points out that it is meaningless to continue with their beef, hence the call to cease fire, forgive and forge a way forward as friends.

In his appeal to Shatta Wale, Pope Skinny said, “Wale, we had a beautiful relationship. It was appealing to a host of people, so let's put behind all our grievances. Within your heart, if you feel I haven’t done you bad, then that’s exactly how I also feel. So let's forgive each other, let's cease-fire.”

Dating back about 3 years ago, the then close friends worked together on some projects like "Hot Cake" and "Mayatra".