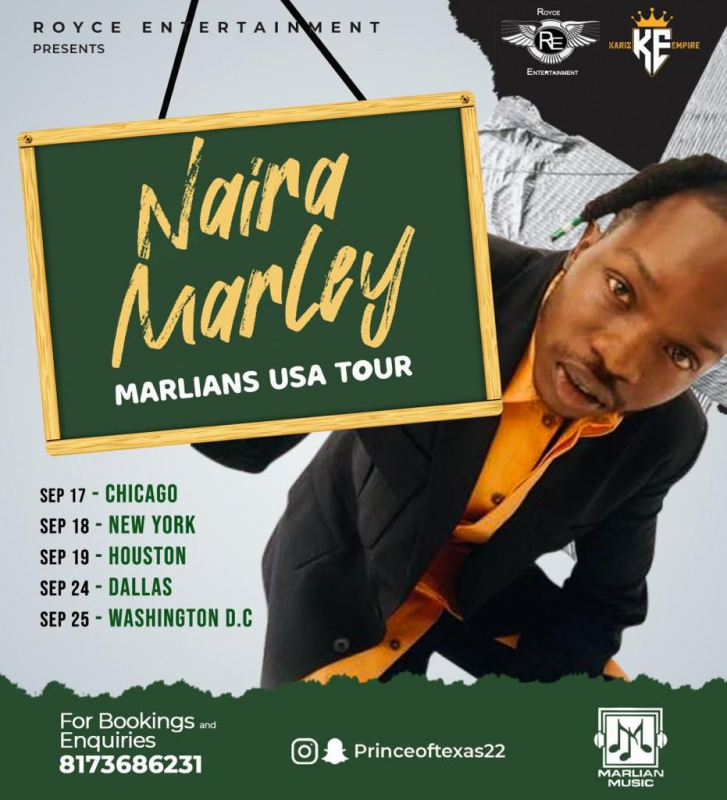 Nigerian controversial singer and songwriter Naira Marley has announced details of his Marlians USA Tour slated for September 2021. The 'Marlians' President share this via a series of social media posts.

The tour will see Naira Marley traverse 5 states in the USA starting with Chicago on 17th September and closing with a concert in Washington DC on  25th September.

In between states the singer will be perfomiming at include New York (September 18), Houston (September 19) and Dallas on September 24.

"See you guys soon Do we have any Marlians in the state? Go secure ur city g Marlians," Naira Marley posted on his official Instagram account.

A day after announcing his USA Tour, the singer revealed that on 1st October, he will drop the first single off his upcoming album, GTTB. He had earlier teased that the album will be released before end of 2021.

"I’m dropping Track 1 from GTTB album on the 1st of October. Hello!! Anybody there? Marlians," he posted on his official Twitter handle.