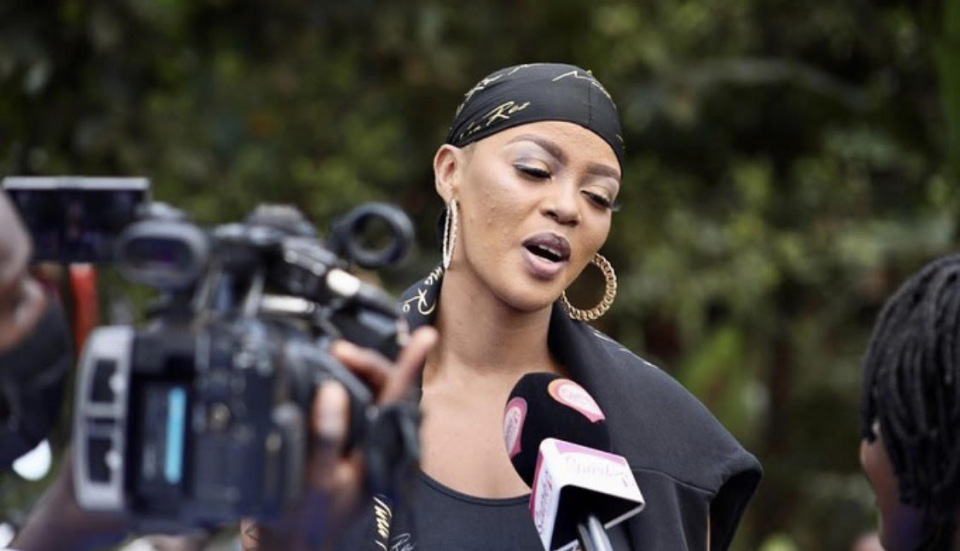 Top Ugandan record label Black Market Records has addressed claims by its former signee Nina Roz that it confiscated her YouTube channel after they parted ways one week ago.

Last week, Nina Roz claimed that Black Market had taken hold of her YouTube channel and declined to give the logins.

"I did my job of promoting the label as my partners and they chose to pay me by confiscating my YouTube channel. I'm fighting this war with my lawyers because I can't do it on my own. I don't know why my channel was suspended, but these are the people I trusted during my music journey," Nina Roz said.

Read Also: Nina Roz Claims She was Advised not to Release Omwoyo’; One of Uganda’s Top 2021 Hits

Reacting to Nina Roz’s allegations, Black Market released an official statement indicating that the artist has full control of her channel.

The label, however, noted that they took control of Nina Roz’s music, arguing that they invested a lot in the song and are yet to get returns.

Below is Black Market’s Full statement:

Nina Roz controls her YouTube channel, not Black Market Records. We are in the promotion business, not the hiding business. We don't invest in videos to hide them. If we had control of the channel, it would be live, her videos would be visible to all. We have access only to the NinaRozVEVO and other Black Market Channels and we are using them to promote the videos and music that we funded for Nina Roz the best we can.

The YouTube channel belongs to her, it is her right to hide the channels but the video belongs to Black Market and we want them to be seen. She has the codes, she manages, she updates and owns her YouTube channel. Only she could have hid her channel. If we had the channel it would be live. Our only interest would be to promote her music.This is how we make money. Billboard Kipande, Nangana, Enyonta, Ontekako, her biggest video's, were produced and funded by BMR. If they do not go live, we cannot earn the money we invested. Black Market Records doesn't have, does not need, nor wants her YouTube channel.

If they are not visible, nobody makes money. We manage over 300 YouTube channels by artists all over the world, many bigger than Nina Roz and we have never been accused of stealing someone's YouTube channel in 32 years. Some of these channels we own, others we do not. VEVO channels are owned by VEVO, not Nina or Black Market.