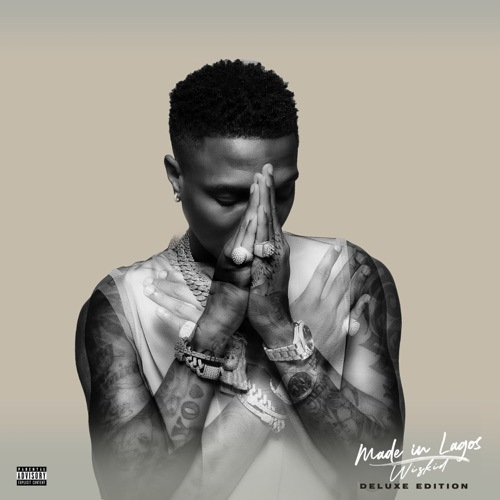 The deluxe edition of the project whose original version was released on October 30 2021, was made available across multiple music platforms on August 27 2021, as earlier promised.

'Made In Lagos (Deluxe)' has four additional tracks from the original album - a collaboration with Afrofusion singer Buju on 'Mood', 'Anoti', 'Steady' and a remix to the international hit 'Essence' featuring Tems and Canadian singer, Justin Bieber. In total, the Deluxe has 18 tracks with a total runtime of 1 hour and six minutes.

The first 14 tracks on the album maintain the original tracklisting of the 'Made In Lagos' album with features from Burna Boy, Ella Mai, Skepta, H.E.R. and Damian 'Jr. Gong' Marley, Tay Iwarr, Projexx and Tems.

'Made In Lagos' is Wizkid's fourth studio album and his first number 1 album; the album is currently sitting on the number 1 position on Billboard's World album chart. Wizkid had previous releases, three other albums namely 'Superstar', 'Ayo' and 'Sounds From The Other Side' released in 2017.

In 'Made In Lagos' Wizkid manages to beautifully blend sounds influenced by his Nigerian culture with international genres like pop, reggae and R&B. Listen to Wizkid's Made in Lagos Album Deluxe edition HERE.