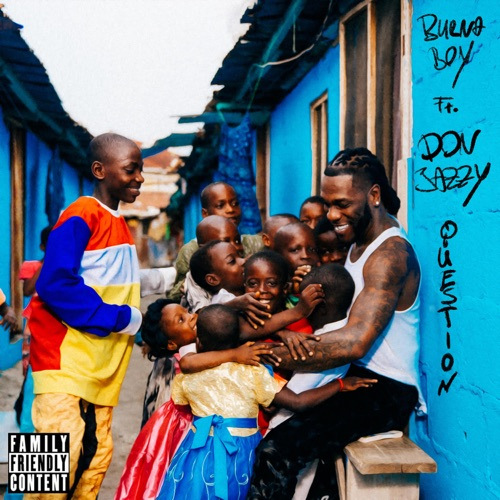 The new single follows up his post-Grammy award-winning single, Kilometre and is the singer’s second offering of the year.

My Parents Asked Me For a Grammy - Burna Boy

For the video which was released simultaneously with the audio, Burna Boy employs the services of boy director, TG Omori who delivers a very colourful representation to depict what Burna Boy the story Burna Boy is trying to tell with the record.

Burna Boy had earlier said he has an album coming this August but as the month only has a week to go it is highly unlikely we’d be getting a Burna Boy album this August or even this year as talks of a new Burna Boy album has generally died down. The new single however might be a record off the new Burna but all of that information is unknown at the moment.

Question comes just in time before his concert at the O2 arena in London this Friday.  Check out the official music video to Question by Burna Boy featuring Don Jazzy below: -