My Parents Asked Me For a Grammy - Burna Boy 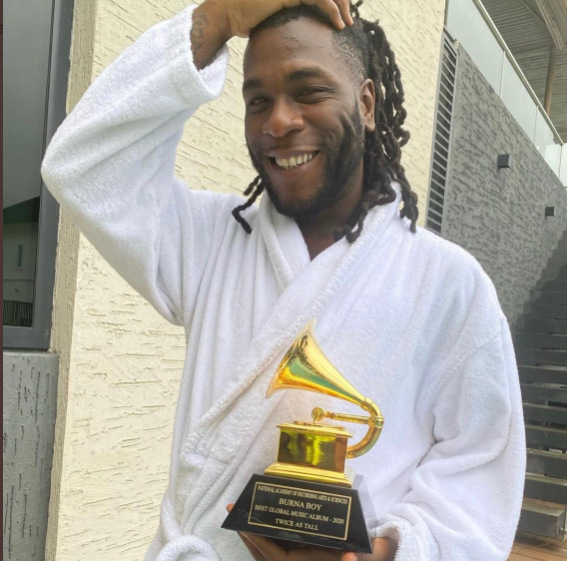 Burna Boy, one of the biggest and most successful African artists now says his  Grammy Awards win is what his parents asked him to deliver.

The Nigerian singer and songwriter earlier this year won the World Best Album category at the 63rd Grammy Awards with his 2020 released album 'Twice As Tall'.

While captioning the photo of him holding the Grammy award, the 29-year-old singer said his parents always wanted excellent children - a wish they have already fulfilled.

It is at this point that Burna Boy revealed that his parents have always wanted him to win a Grammys.

"My parents prayed for excellent children, not houses, cars or "things". They asked my sisters for stellar degrees; one got a first-class in Finance; the other got a Distinction in Engineering," read part of his Instagram post.

"They asked me for a Grammy, and here we are," he added.

The 'Kilometre' hitmaker went further to declare that he was a product of sacrifice and also thanked God and all his fans.

Burna Boy was born in Port Harcourt, Nigeria to a father who managed a wielding company and a mother - Bose Ogulu who was a translator and now currently is his manager. His grandfather Benson Idonije was Fela's first band manager.