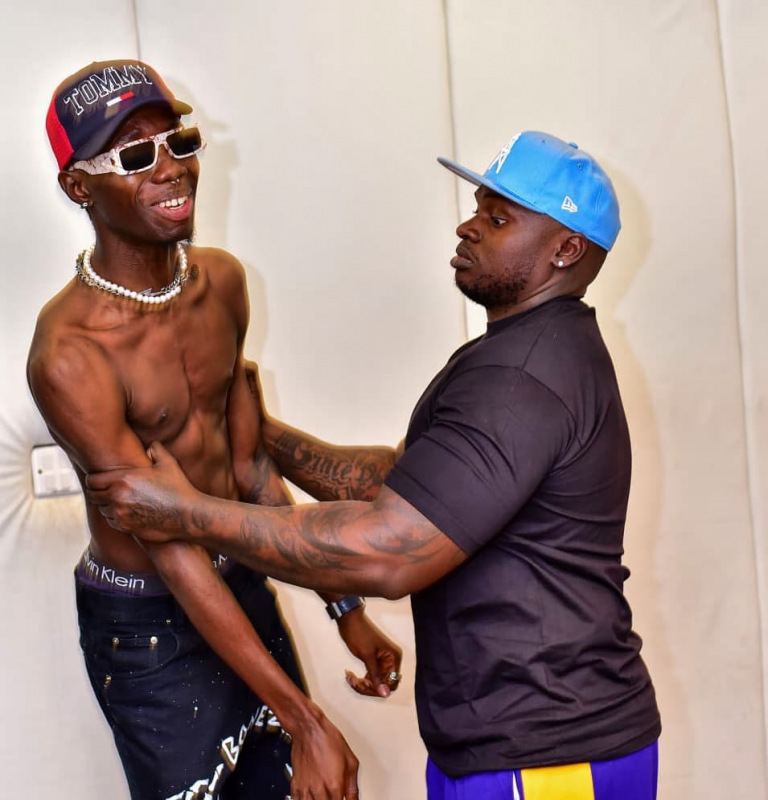 Nigerian rapper, Blaqbonez recently caught up with his Kenyan counterpart, Khaligraph Jones in Kenya where they both shared a studio session and made music together.

January 2020, Khaligraph Jones and Blaqbonez had a go at each other after Blaqbonez voiced his grievances at the fact that  Khaligraph Jones won the Best Hip-hop act award at the Soundcity MVP Awards 2020 ahead of him. This birthed the diss track “Best Rapper in Nigeria” which prompted “Green Blaq Green”, a reply from Blaqbonez, released only a day later. Both parties called it a truce and that was the end of the diss records and now after a year and eight months since that episode, the two rappers were pictured in the studio making music together.

Blaqbonez in a funny clip shared via his Instagram page HERE represented how they settled the beef. The rapper is currently in Kenya and well, we expect a monster record from Blaqbonez and Khaligraph Jones when the result of that studio session is finally shared with teeming fans.