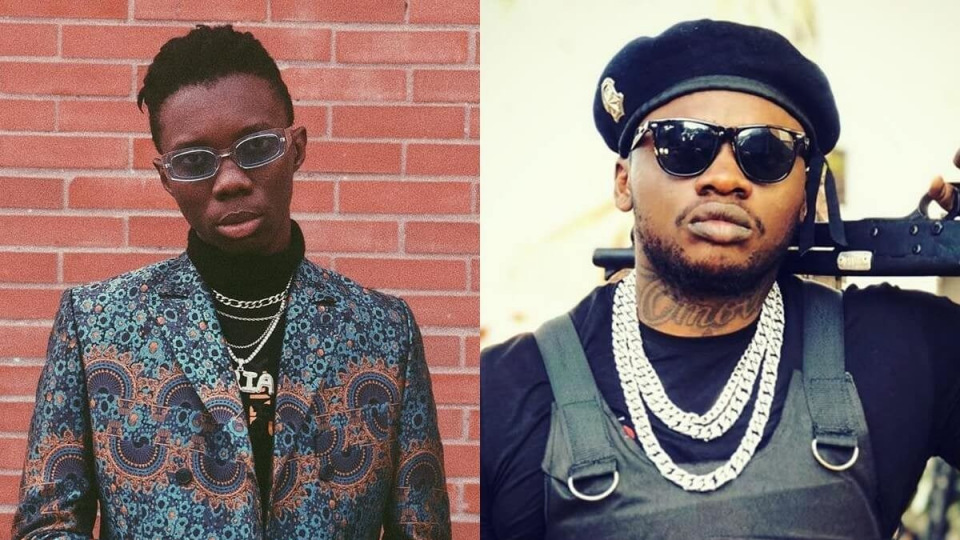 Top Nigerian rapper Blaq Bonez has dismissed claims that he is beefing with Kenyan musician Khaligraph Jones. Speaking during an interview at Ten over Ten show on Citizen TV, Blaq Bonez recounted what really went down in 2020 between him and Khaligraph Jones, after the latter won the Best Hip-hop MVP Sound City Award.

Read Also: Khaligraph Jones Responds to Calls for Him to Collabo with Nasty C, Cassper Nyovest

“I am a very funny person. So I say random stuff. So we were both nominated for the Best Rapper n Africa award. So, he won it. So, I was like, I was just kidding, so I was like ‘damn Sound City you got it wrong, diss track in the morning’. I was just playing. I went to the studio where I made ‘Bling’,” he explained.

Expounding on what happened after, Blaq cited that he had been joking but Khaligraph wanted them to do diss tracks, which are very normal in the Hip-hop industry, so he agreed to it.

“He thought it was cool, he would just like to do a rap thing. Then I was like if you want to do it, no wahala, then let’s do it, you feel me. So it wasn’t really like a fight or beef, it was just two people that wanted to rap,” he added.

After Blaq’s tweet in 2020, Khaligraph had to come out and defend his title as the Best Rapper in Africa, as he fired back with a couple of tweets with one taunting him to release a diss track because Nigeria’s rap game was in his hands.

“@blaqbonez The Nigerian Rap game is in Your hands right now, You can decide to save them by dropping that diss track or you can wait for Thanos to come and wipe out everybody, you have a few hours, Think about it. Wasted Drip, thought you was gonna go on stage with it to take the award, take them back to the stylist now,” he fired back.

After a few tweets back and forth Khaligraph went and dropped ‘Best Rapper in Nigeria’ diss track to which Blaq responded a couple days later with ‘Hitta Flow’, which led to many of their fans believing that they were in a beef.