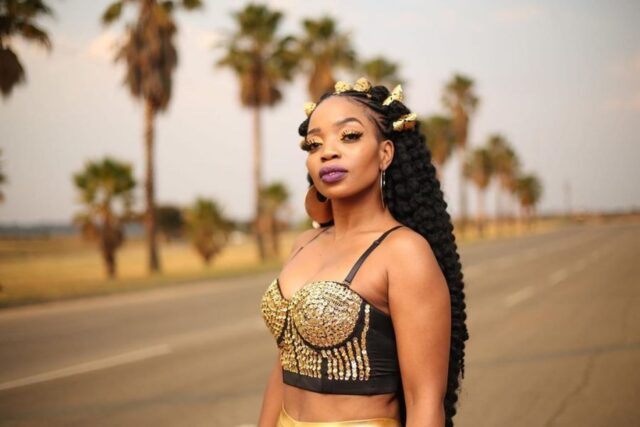 South African Kwaito and House musician Zanda Zakuza’s star continues to shine bright as she’s been invited to perform alongside Master KG in the United Kingdom and later in Mzansi.

Master KG will be performing at the Jerusalema Live Concert in Manchester, The Light House Theatre –in UK – and later at the Nelson Mandela Hall in Dublin on August 29.

Zanda is excited of the whole weekend event in the UK and in South Africa.

“Who’s killin’ em them in the UK? Super excited to be performing at these venues alongside Master @masterkgsa!! I heard that you guys party like rockstars!! I can’t wait!!” she captioned a poster for the event starting on August 27 in the UK.

The ‘I Believe’ hit maker has been on several ‘Jerusalema’ concerts accompanying Master KG. This raised eyebrows since Nomcebo who collaborated with Master KG on the song seems to have been overshadowed.

However, it later emerged that Nomcebo had a tiff with Master KG and Open Mic Productions. In July, she claimed that Master KG has never paid her even a dime despite their song ‘Jerusalema’ attaining global success.

In response, Open Mic Productions issued a statement on behalf of Master KG saying that Nomcebo asked for a higher percentage. The label said an earlier agreement was for the two artists to share profits from the song on a 50-50 basis, but Nomcebo allegedly asked for 70% which stalled the process of releasing payments.

With the tiff, Zanda seems to be Nomcebo’s perfect replacement coupled with the fact that she is also signed under Open Mic Productions.