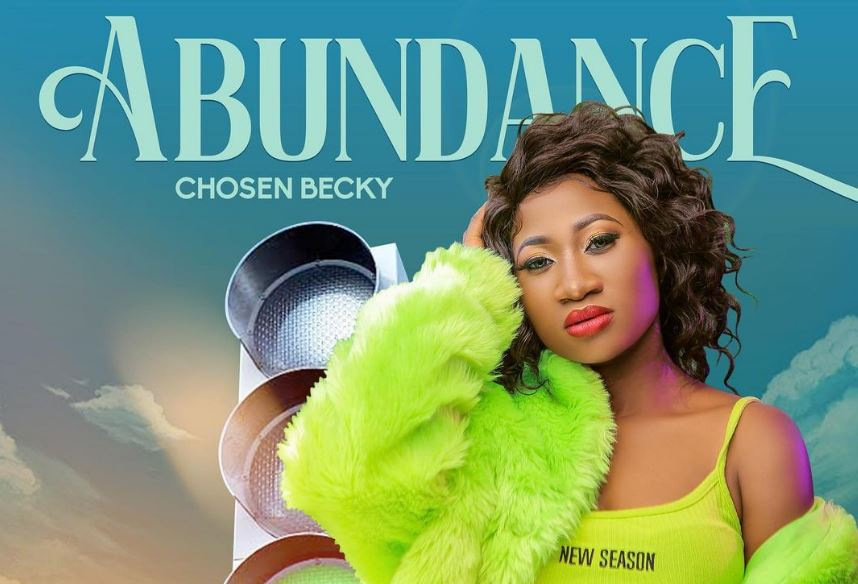 In 'Abundance', Chosen Becky sings and compares the love she is feeling for her partner to a burning fire.  Known for her lyrical maturity, she uses distinctive lines detailing the romance, giving fans a clear picture of what she is experiencing.

‘Abundance’ has a deep message and is a good jam for lovers to dedicate to each other. The audio was produced by Nessim Pan Production, the brains behind most top hits in the country at the moment.

The video is yet to be released, but reports indicate that it is underway and will be released soon.

Chosen Becky broke on to the music scene with 'Bankuza' while she was signed under her former manager Victor Kamenyo.

According to Chosen Becky, while she was signed under Victor Kamenyo, many felt like she was riding on the latter's experience and influence in the industry, thus she was not taken seriously.

Read Also: Chosen Becky Opens up on Parting Ways with her Management and How it Affected her Career

She further noted that after going solo, fans got a better understanding of her and started appreciating her for who she is.

"People never knew who Chosen Becky really is while I was still signed under management. Many people always believed I was ill mannered but going solo helped them understand the real me and they love me the more," Chosen Becky said at a recent interview.