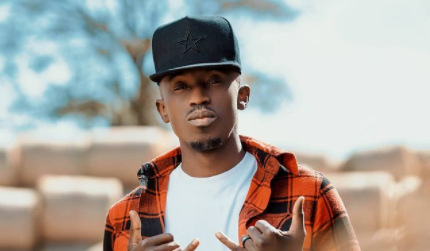 Chef 187, the younger brother to Hip-hop king Macky 2 has apologized to Zambians on his brother’s behalf over his support for Patriotic Front party (PF). This comes as PF bids goodbye to the presidency following victory by United Party for National Development (UPND) candidate Hakainde Hichilema in last week’s presidential elections.

A month back, Macky 2 together with Mampi did a PF campaign song titled ‘Aleteka Nakambi’. When Hichilema won the polls, fans went ballistic on Macky 2 and a section of other Kalandanya Music Promotions (KMP) artists who did campaign songs for PF.

Chef posted a picture of outgoing President Edgar Lungu having a hearty laugh with Hichilema recently after conceding defeat. He captioned the post, “History has been made. This is the Zambia we believe in, and it didn't let us down. What a time to be alive, and what a statement for Africa, and the rest of the world. Maybe now you can forgive Macky 2 and stop tagging me in his posts, and making comparisons between us. Nga fyashupa atapilile fye pa State House fipwile mo.”

Besides Mampi and Macky 2, Yo Maps and Nez Long also did campaign songs for PF. The artists who are now on the firing line are calming down the storm telling their fans to understand that it was just business.

Before releasing the songs, Macky 2 explained to his fan base that he was doing it all for business.