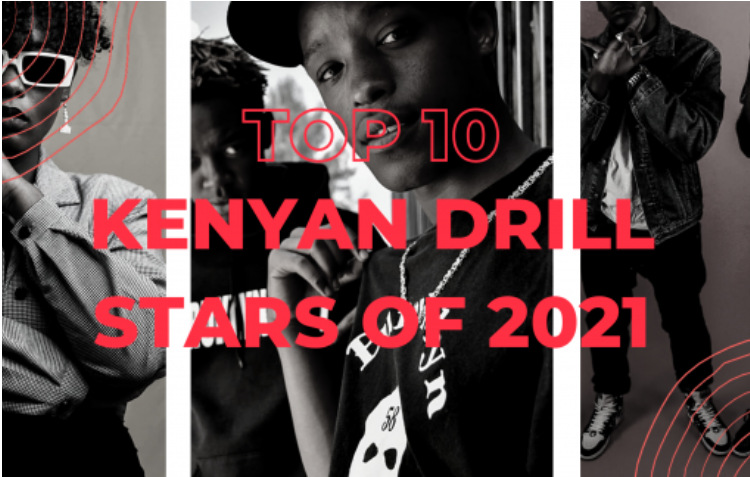 Kenya is fast becoming the most important destination for African Drill music. 2021 is the year that Drill properly blew up in Kenya, creating a mainstream lane for itself alongside other urban genres including Gengetone, RnB and Afro-pop.

Importantly, it also brought to the center-stage tones of talented and previously under-appreciated artists. For example – Buruklyn Boyz had been buzzing in Nairobi Shrap circles with Durag na Slice before their hit Drill single ‘Nairobi’ became their ticket to the mainstream. Wakadinali had been one of the hottest acts on the underground Nairobi rap circuit for years, but it took their first full Drill album – Victims of Madness, to establish themselves as bona-fide mainstream stars.

While several artists across genres have been experimenting with Drill sounds, there remains a number of dedicated Kenyan artists building up fan bases with their authentic African drill.

Buruklyn Boyz have in recent times become one of the defining faces of Kenyan drill music. The group is made up of rappers Ajay and Mr. Right.

While they first stirred some buzz with early Shrap singles including Durag na Slice, it was their forays into drill that saw Buruklyn Boyz cut a niche for themselves – with releases including Psycho and Billy Jean.