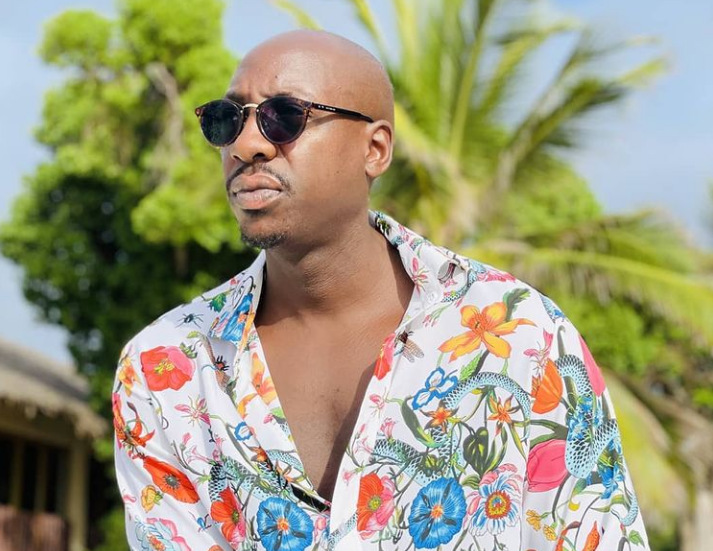 A fan of the renowned group Sauti Sol has come out guns blazing accusing the band of letting down their fans. In a rant posted under one of Bien’s posts on his Instagram, the fan accused Sauti Sol of unofficially quitting music despite the loyal support that fans have given them in the past.

“You S Sol you’ve completely let down your music fans. Si mtangaze officially you exited music badala ya kutubeba umama na ufala..after all hii support tumewapea that’s how you pay us,” part of his rant read. 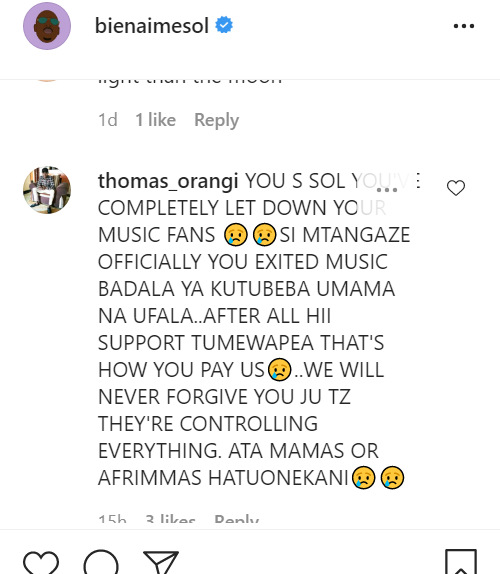 He also added their music fans would never forgive them for letting Tanzania control the music scene in East Africa.

“We will never forgive you ju Tz they’re controlling everything ata MAMAs or Afrimmas hatuonekani,” he added.

Responding to the enraged fan, Bien used a popular meme that has been making rounds on social media recently, featuring a young man who is told by an elderly man to ask the government to give him a job instead of addressing the electrical problem that has been affecting him, during an interview he had with the media.

Localizing the popular meme, Bien politely requested the fan to support the other artists whom he deemed worthy instead of Sauti Sol, adding that he was not welcomed to his page with such bile in his heart. 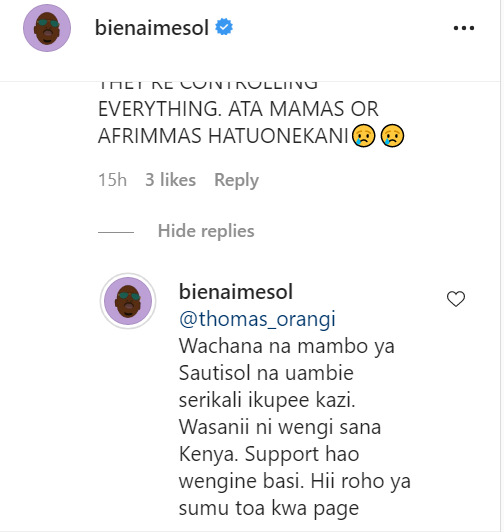