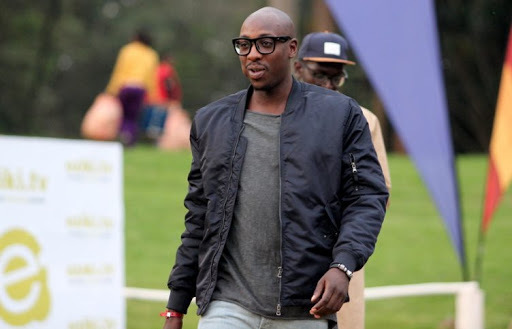 Talented Kenyan artist Bien Aime Baraza from renowned music group Sauti Sol has let fans into his life, showcasing a different version of him that not many were familiar with. A lot of guys know Bien for being a talented musician, however, the artist is also good in acting, specifically comical acting.

Over the past few weeks, Bien has featured on several short skits by top online Kenyan comedians. A few days ago, he featured on a video alongside fast-rising comedian Naomi Kuria. In the video, Bien participated played the role of a tenant while Naomi was the caretaker. The two hilariously highlight the challenges that tenants and caretakers go through as they navigate shared premises.

Sharing the video on his Instagram page, Bien manifested reaching Hollywood with his comedy career.

This is not the first comedy video that Bien has featured in; earlier this year, Bien enacted two comedy scenes with top Kenyan comedian Cartoon. In both videos, Bien and Cartoon enact different hilarious scenes, with one being an ex-lovers scene and the other capturing hilarious conversations between a barber and a customer.

Bien’s comedy path is far removed from his successful music career. The comedy path is also an inspiration to many artists who have been hit hard by the Covid-19 regulations, to take advantage of this time and pursue different goals.

Living as an example, Bien has taken advantage of this opportunity to let his personality shine, but also interact with his fans in other ways apart from music. Apart from letting his personality shine, the comedy videos are very beneficial for all the comedians, as they continue to get exposed to Bien’s massive following from all around the world.

A good example is Cartoon’s ‘Sauti Sol Meets Cartoon’ video which is only 46 seconds but already has over two hundred thousand views on YouTube in a short amount of time.

On the other hand, his comedy video with Naomi Kuria has opened her to new fans including DJ Shiti and DJ Sadic who took to his comment section to praise her talent.