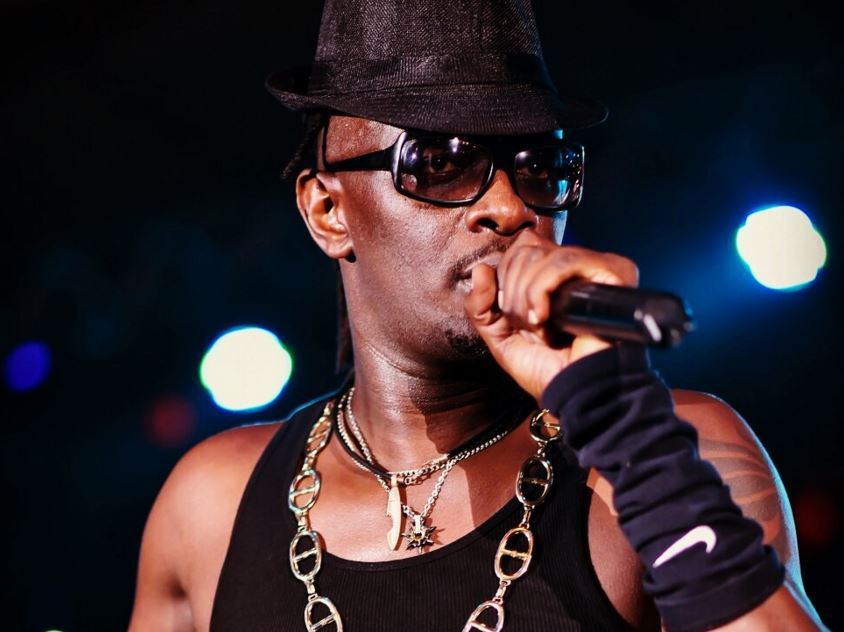 Veteran Kenyan artist Nameless has issued a detailed response to a fan who queried what the Kenyan music scene would have been, had he died in place of E-sir during the fateful accident that took the rapper’s life.

Taking to Instagram to address the message which had been sent to his DM on Instagram, Nameless posted a screenshot of the message from a fan which read; “Si kwa ubaya but sometimes when I see you I wonder what if it would have been you who died that fateful day of E-sirs death coz you were together..if Esir was alive would he have impacted the Kenyan music esp hiphop industry more than you have done???

“No disrespect bt I think he would have cz sai nyinyi wasanii wa enzi za tene you are trying so hard kufit kwa industry through Kiki na si mziki sanasana..Ww na wife yako Wahu there was a time when kenyans knew very less of you mbona sai mmeona ndio the ryt time kutuanikia documentaries of your lives of your lives everywhere on social media. Mnaboo..Do music.. Toa hits bado like before bila kudepend on your private Soap opera to boost your reviews.”

Reposting the answer that he gave the fan in his inbox, Nameless agreed with some of the fans’ pointers, explaining that he also wondered how it would be if E-sir was still here, as he tried his best to explain the difference between E-sir’s abilities and his, which made them unique artists.

"First, I really don't know why Esir had to die that day, I also wonder how it would be like if he was alive, I don't know, I just do my best with what I have in the same way I know he would have done his best if it was him in my shoes. We had different strengths so I know his impact would be different but meaningful in its own way. I know for a fact if he ( Esir) is watching me he is proud of my journey because he knew what I was all about,” part of his answer read. 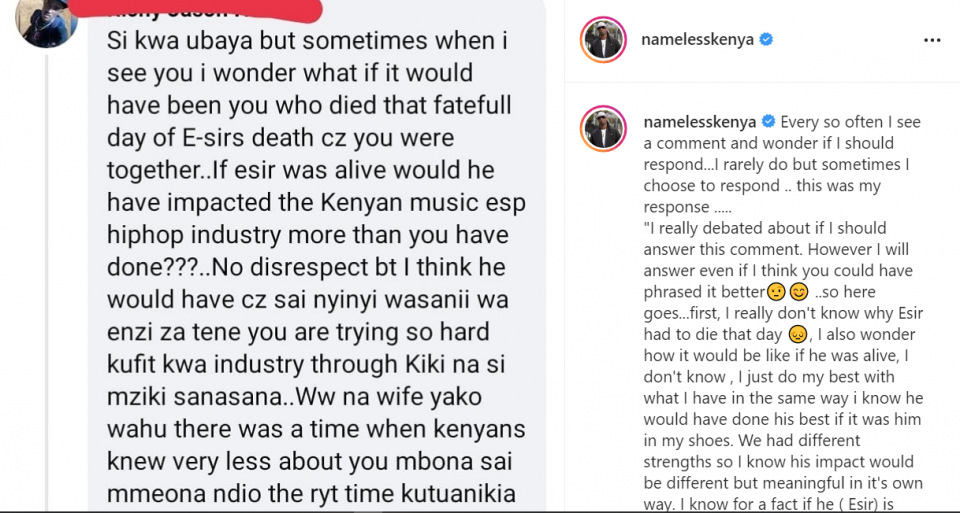 Nameless also addressed the fan’s second query about the timing of his reality show with his wife Wahu who also doubles as a talented Kenyan artist. Expounding on their decision to create a reality show at this point in their life, Nameless cited that their main aim was to share the lessons that they have learned along the way in their marriage as they continue to grow together.