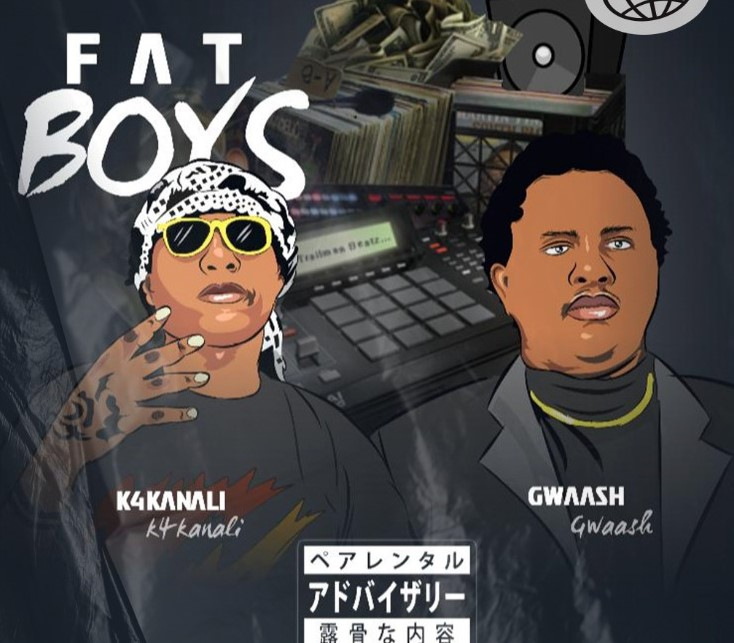 Gwash and K4 Kanali are some of the hottest solo artists in Kenyan music - but as fans have noticed, they really do sound good together. The two have complemented each other on hit singles including Bad Manners (Sherehe Haitaki Hasira) and Katambe.

While fans have been asking for a collab project for a long time, it wasn’t always on the cards. Kanali spoke to Loud.co.ke as they geared up to release the music video for Waubonga, track 9 on the project, and explained why they finally decided to work on the album.

“We just realized our chemistry was pretty good and decided to do it,” he noted, while admitting the demand from fans also played a part. The pair’s strong bond goes far beyond music - having grown up together in Umoja, Nairobi. 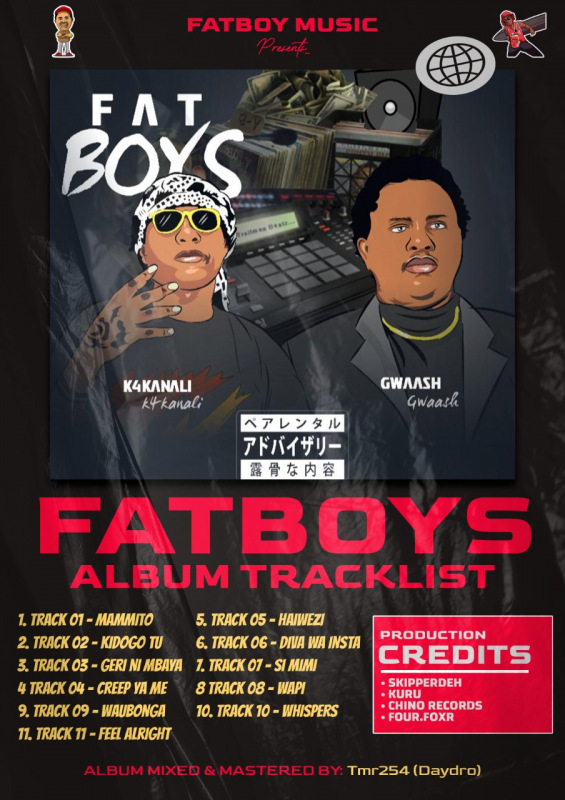 Gwash captured it best in a heartfelt message he wrote explaining exactly why he works with Kanali on so many projects - highlighting that they came up together since primary school and always strived to succeed together.

While Gwash and Kanali shot to fame with their Gengetone hits, Kanali revealed that the new project sees them flex on different sounds - venturing into Drill (which has taken Nairobi by storm recently) and Hip-Hop as well as Gengetone.

It wasn’t not too hard for them as they both consider themselves rappers, and have countless Hip-hop records away from the well-known street anthems.

They’ve demonstrated this countless times including on recent releases such as Haiwezi and Sherehe Sheria.

The 10-track Fatboys album features production from top producers including Kuru, Skipperdeh, Chino Records and Four.Foxr . It is mixed and mastered by Tmr254 (Daydro) and will be available on all major streaming platforms this August.