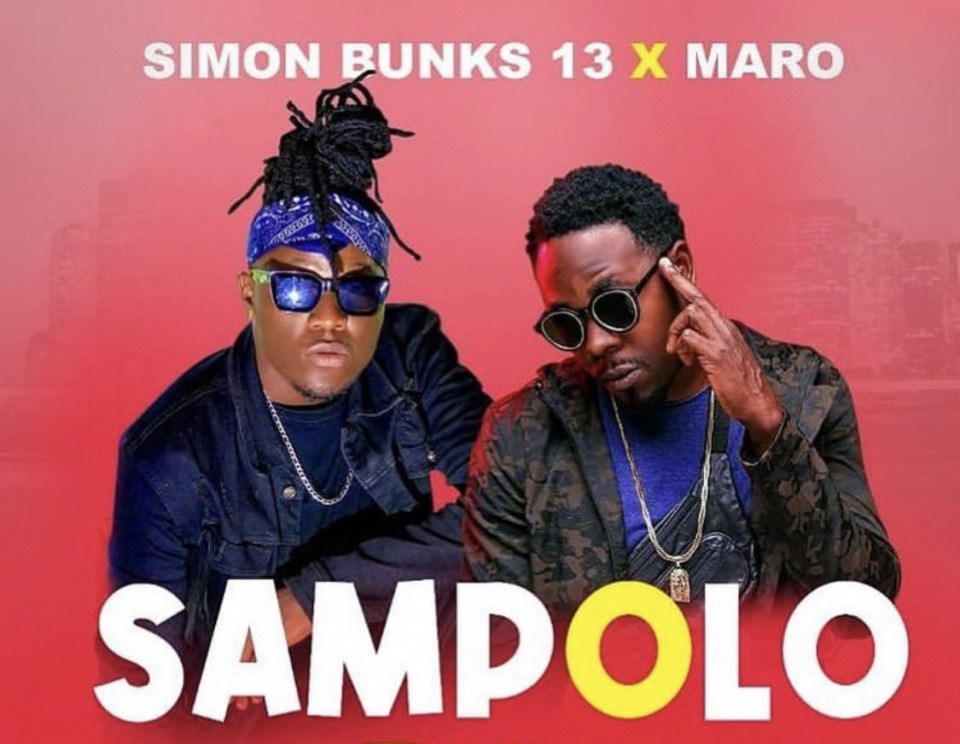 In 'Sampolo' (loosely translated from Luganda to mean 'Sample'), Maro and Simon Bunks seek transparency in their relationships. They want to sample their lovers with the love recipe that they have prepared.

The audio was produced by Zulitums, the magic behind most of Maro's hit songs.

Simon Peter Ssembatya alias Simon Bunks 13 started his music career in 2013 and he is slowly penetrating the entertainment scene with songs such as Zange, Dear God, Organic Manure, More among others

In a recent interview, the youngster said he has always envisioned himself moving crowds, inspiring a number of youths and maybe performing on an international platform in the next two years.

Maro on the other hand is riding high with his 16-track album titled 'Departures' that he released as he left for Germany earlier this year.

In a recent interview, Maro heaped praises on his album terming it the best (if not, the very best) in Uganda since its release.

"My songs have a lot of soul and this is the album I can proudly say is among the best albums nevertheless, the very best in Uganda,” he said.

Many people thought he would abandon music after he moved to Germany, but Maro affirmed that music is part of his life, therefore he cannot abandon it.

"I can't quit something I love the most and I will be back very soon," he said during a recent interview.