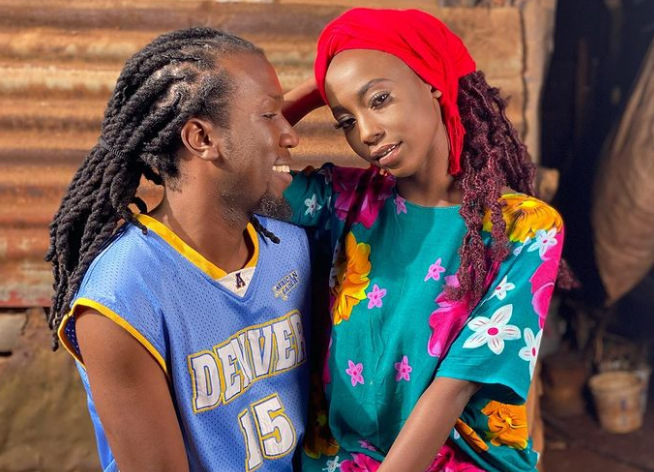 Fast-rising Kenyan artist Ssaru has released a new jam dubbed ‘Rhumba Ya Ssaru’ featuring Charisma. ‘Rhumba ya Ssaru’ is a love song depicting a long pre-existing relationship of a couple that had lost contact with each other and managed to come together after a long while.

The song which introduces a different side of Ssaru’s artistry opens with a powerful quote by Mark Anthony, which reads, “And one day she discovered that she was fierce, strong and full of fire and that not even she could hold herself back because her passion burned more than her fears.”

Adapting to the famous storytelling technique adapted by most Rhumba jams, Ssaru tells their love story through well-versed rhyming lyrics with Charisma feeding off her energy to deliver sultry vocals, which marry with her style.

The visuals which were directed by Papooz are very creative and highlight Ssaru’s acting skills as she fights to leave the love of her life, and later travels back to the village to get back with him.

‘Rhumba Ya Ssaru’ has been received well and already has thousands of views on YouTube in a few hours. In addition to the views, fans also praised Ssaru’s unpredictability as an artist, with others appreciating her ability to mix different genres to create a hit song.

“It's how you have blended rap, Luhya, and the rhumba rendition for me,” one fan praised.

Meanwhile, Ssaru’s previous jam ‘Dea Moda Freestyle’ which she released three months ago, is still doing well and currently has over 71,000 views on YouTube. ‘Dea Moda’ is a Sheng’ word which in this context translates to ‘Their Mother'. In ‘Dea Moda’ Ssaru crowned herself as the mother of other rappers in the music scene.