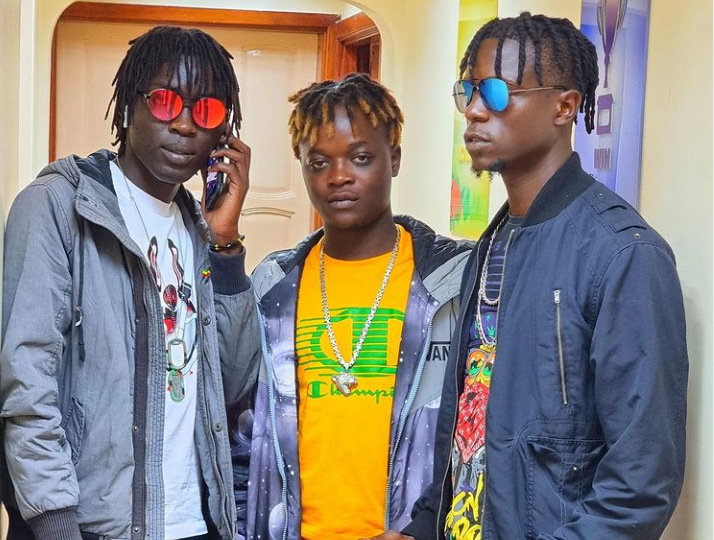 Taking to Instagram to level the accusations, an upcoming artist who goes by the username Alfytin, posted identical images from a song he was featured in nine months ago dubbed ‘Kwenye Streets’ by Betty Hamisha and Mbogi Genje’s latest hit ‘Warena’.

Expressing disappointment in his Instagram caption, Alfytin accused Mbogi Genje of backstabbing, even as he requested a formal apology from Mbogi Genje’s team so as not to pull down the song from YouTube.

“Stolen footages indeed, only a blind man will not see this, @treyjuelz This is backstabbing, @khaligraph_jones @mbogigenje Your video contains clips from my song with @bettyhamisha , is this fair really singependa ku pull video yenyu toka YouTube see for yourself, I need an apology from your team,” he posted. 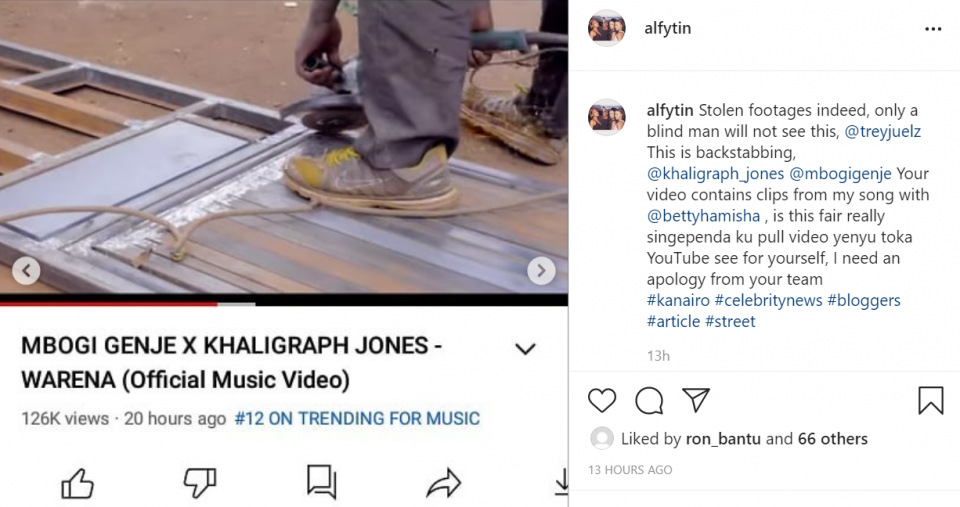 Reacting to Alfytin’s post, fans commented under his post, with some encouraging him to pull down the video from YouTube if he does not receive a good response, and others blaming the producers who produced ‘Warena’ for Mbogi Genje.

“They have to set things right, if they don't respond positively then pull down the video bro... disrespect is unacceptable,” one fan argued, with another one adding, “This is so unprofessional on so many levels. The guy who shot the video clearly doesn't respect clients’ privacy and right to the content. This will bring unnecessary tension among the artists which could have been avoided if the producer acted in the right manner. I stand with @alfytin on this matter.” 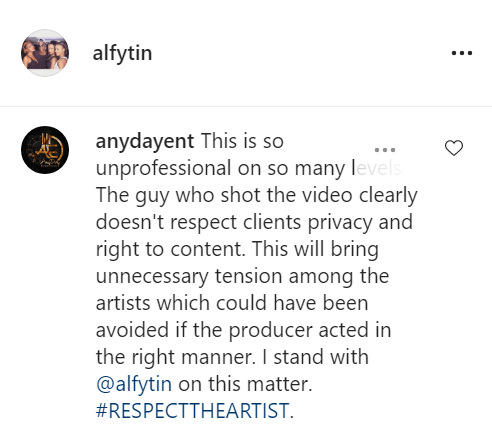