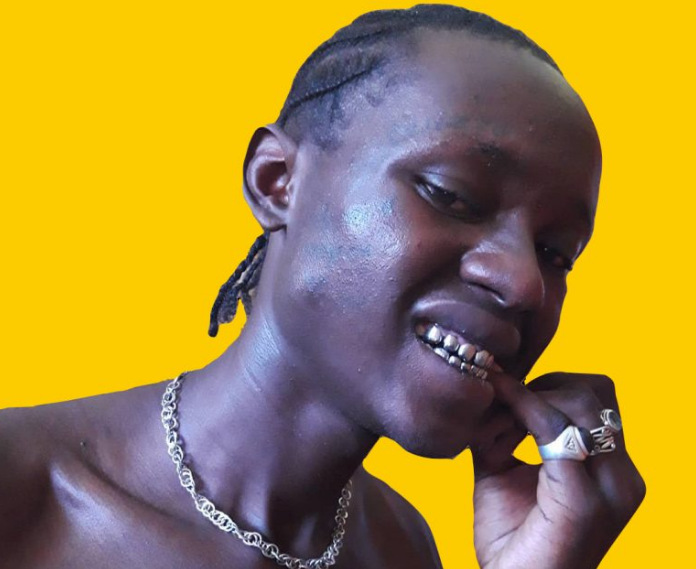 ‘Umbwakini’ is a Sheng’ word which translates to ‘Fake’. The catchy phrase originated from Wizzo TanoNane, who got his popularity from using his social media platforms to call out renowned Kenyan personalities who in his opinion wear fake designer clothes and shoes dubbing them as ‘Mbwakini’.

Opening this song with his two catchy phrases titled ‘Umbwakini’ and ‘Kwani Ni Kesho’ Wizzo TanoNane delivers a philosophical speech warning one top politician that he may lose votes because of wearing fake Jordans.

With all the sadness in the video, Lil Maina captioned the video with a message reminding his fans that the video was just for fun and laughs.

Reacting to the song, fans praised the duo for their creativity, with others relating this song to their own personal life stories. “This song reminds me of a shirt I had bought. It was written plam angles instead of Palm Angels... My friends had to get rid of it...RIP Plam Angels,My sweat will always remain in your fabrics,” one fan commented.

‘Umbwakini’ has been received well and has over 20,000 views on YouTube a few hours after its release.